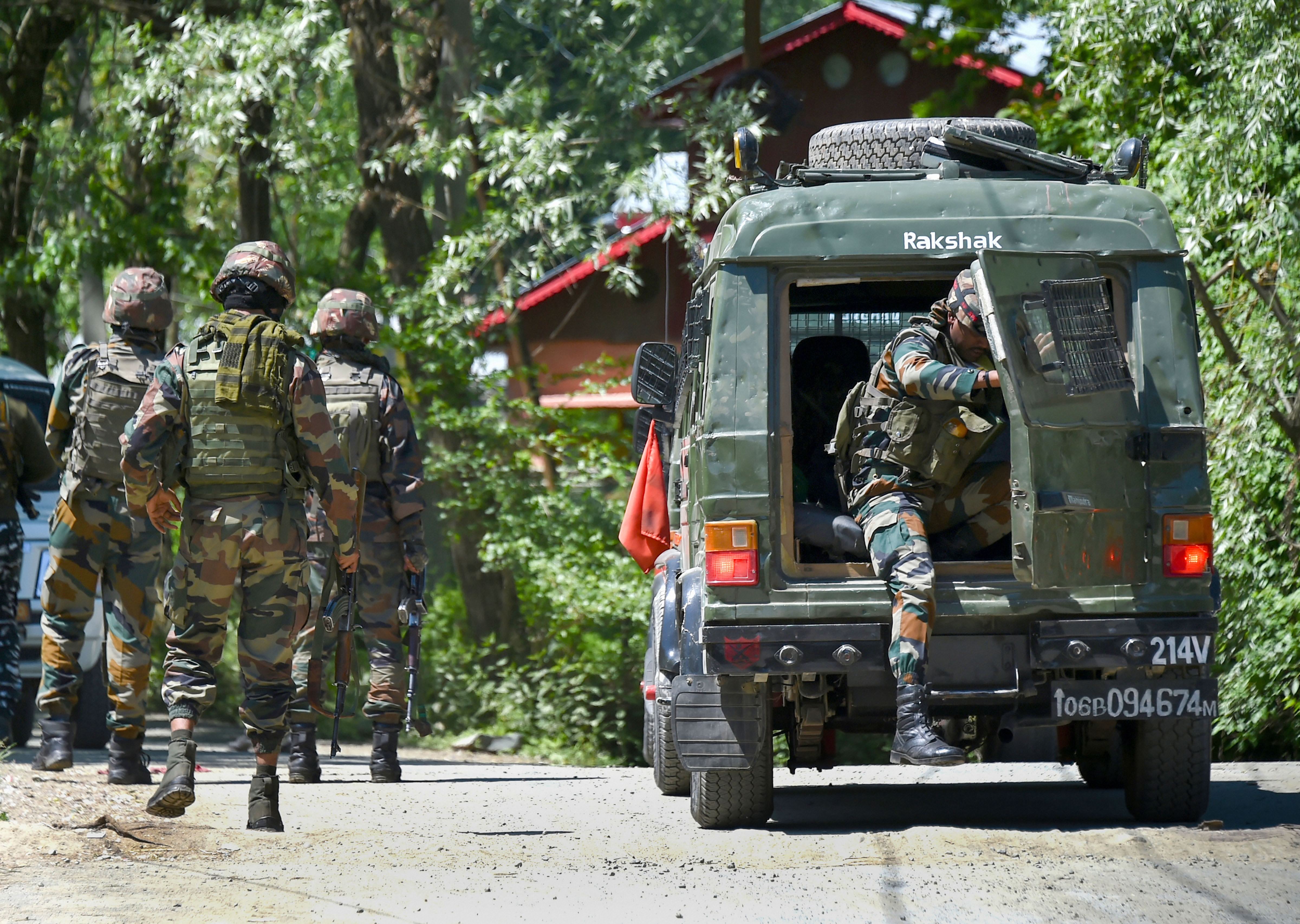 Security forces engaged with militants in two gunbattles in the south Kashmir district, one in Sharshalli village where two unidentified militants were killed and the other in Beighpora in Awantipora where they finally put down Naikoo who was holed up with another terrorist.

His accomplice attempted to escape by charging at security forces but was also killed.

The gunning down of the Hizbul Mujahideen commander, a major breakthrough in the fight against terror, comes three days after eight security personnel, including two Army officers Colonel Ashutosh Sharma and Major Anuj Sood, were killed in Handwara.

News of the killing of 35-year-old Naikoo, who carried a reward of Rs 12 lakh on his head and had escaped the police dragnet thrice, led to some incidents of people pelting stones at security forces. However, this was handled with care to ensure there was was no collateral damage, an official said.

Giving details of the operation, officials said security forces zeroed in on Naikoo's hideout on Tuesday. But instead of initiating an immediate operation, the security forces fortified their cordon around the area and plugged all escape routes so he could not escape as he had done thrice earlier.

Army units were pushed along with the special operations group of Jammu and Kashmir Police at dawn, the officials said. A gunfight broke out after Naikoo and his accomplice fired at the security personnel.

CRPF and police forces laid an outer cordon to keep the public away from the encounter site.

Shortly after noon, one of the militants came out from the house firing indiscriminately at the security forces in his attempt to escape. However, he was shot dead in the retaliatory fire.

It was not immediately known whether that was Naikoo or his accomplice.

A police spokesperson said earlier in the morning that a top terrorist commander along with an accomplice was trapped in an encounter but did not reveal his identity. Later in the day, officials disclosed that the man in their sights was Naikoo, the man they had been looking for for eight years.

He became the de facto chief of the terror group after the death of Burhan Wani, the poster boy of militancy in the Valley, in July 2016.

In a separate encounter at Sharshali village, two militants, who are yet to be identified, were gunned down in an encounter with security forces.

Acting on a tip-off about the presence of militants in the village, security forces launched a cordon and search operation. It turned into an encounter after militants opened fire towards security forces' positions, officials said.

The forces retaliated, killing the two militants, they said.

Naikoo's death must not used as an excuse by some to put more people in 'harm's way by provoking violence and protests', former Jammu and Kashmir chief minister Omar Abdullah said on Twitter.

Abdullah said Naikoo's destiny was decided the moment he picked up the gun and adopted the path of violence and terror.

'His death must not be used as an excuse by some to put more people in harms way by provoking violence & protests,' he said.