Advertisement
Home / India / The leadership test: What we saw and heard

The leadership test: What we saw and heard

In explosive situations, leadership skills are put to test in both private and public spheres 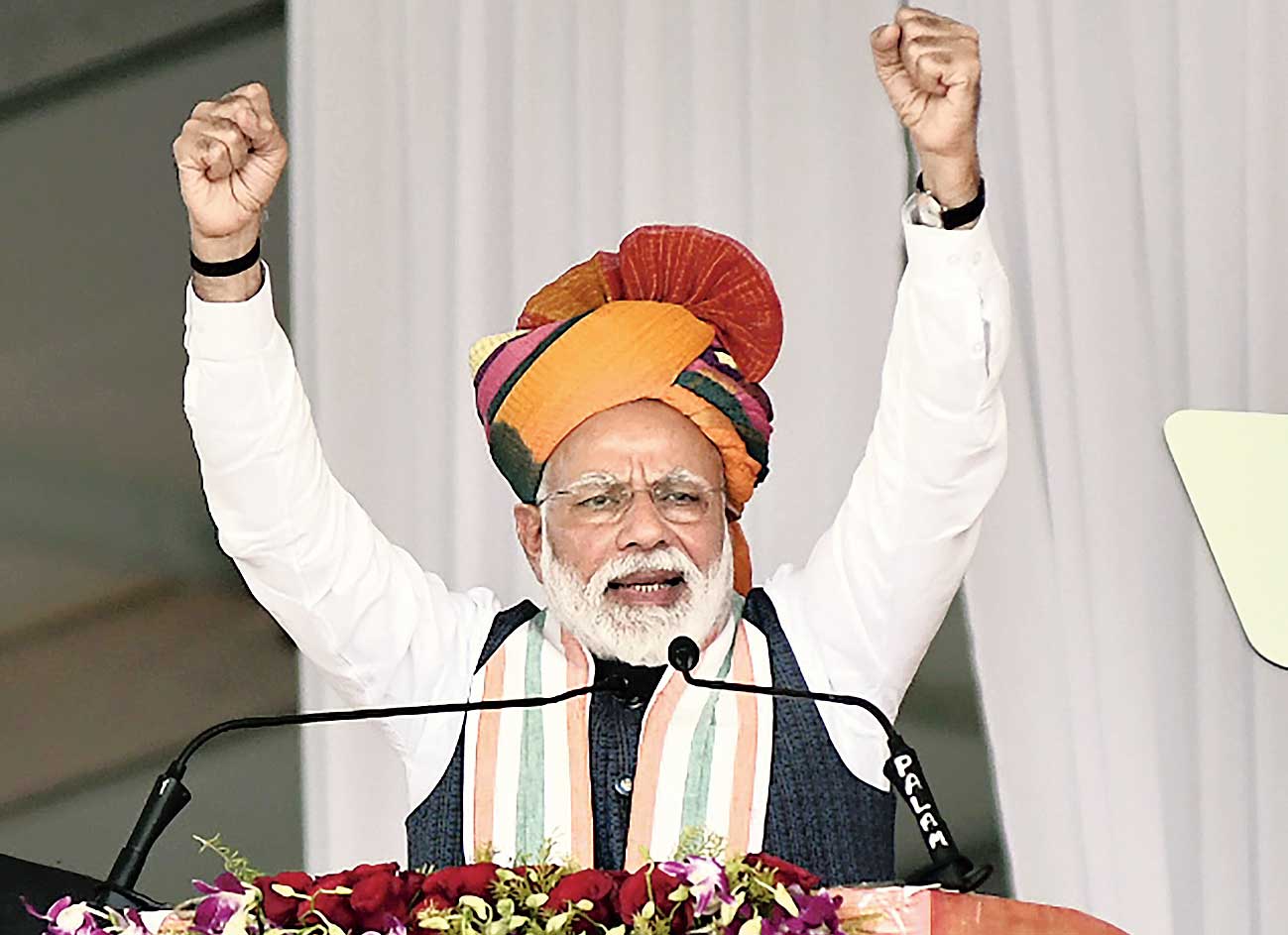 While Prime Minister Narendra Modi and Prime Minister Imran Khan did engage in a series of meetings with their respective security and administrative apparatuses, the following are what we saw and heard in public.

What he did: Imran went on air to address the nation on February 19.

What he said: If India has evidence (of Jaish role in Pulwama), they should give it to us and we will take action.... If India thinks they will attack Pakistan... there will be no other option left than to retaliate. And after that where does the matter go? Starting a war may be in our hands, ending it won’t be.

What he did: Addressed the nation on television.

What he said: History tells us that all big wars have been full of miscalculations. I ask India: with the weapons you have and the weapons we have, can we really afford such a miscalculation? If this escalates now, things will no longer be in my control or in Narendra Modi’s.

What he did: Addressed a joint session of Parliament, chaired a cabinet meeting to brief ministers on the Indo-Pak situation.

What he said: We will be releasing the Indian pilot tomorrow as a gesture of peace... as a first step to open negotiations, Imran told Parliament. At the cabinet meet, he said: Dialogue is the only way for peace and stability in the region.... Pakistan is ready for talks with India....

What he did: Addressed several rallies across India in the following days, promising retribution.

What he said: People’s blood is boiling, Modi told a rally in Jhansi, Uttar Pradesh, on February 15. The security forces will choose the time, place and nature of their response, he said.

The following day, he promised a rally in Dhule, Maharashtra: I want to assure every family that lost its loved one: each drop of tear will be avenged. Ours is a New India.

What he did: Addressed a rally in Churu, Rajasthan.

What he said: The country is in safe hands.

What he did: Launched Khelo India app. Addressed a National Youth Parliament Festival.

What he did: Addressed BJP booth workers through video conference. Attended an awards event for scientists.

What he said: At the awards event, Modi made an apparent reference to the air strikes: You have a tradition of first doing a pilot project. It is later scaled up. So recently a pilot project happened.

India will fight and win as one: Narendra Modi