Speaking for the first time after the results, the RJD leader alleged fraud in the counting of postal ballots and demanded recounting in several constituencies 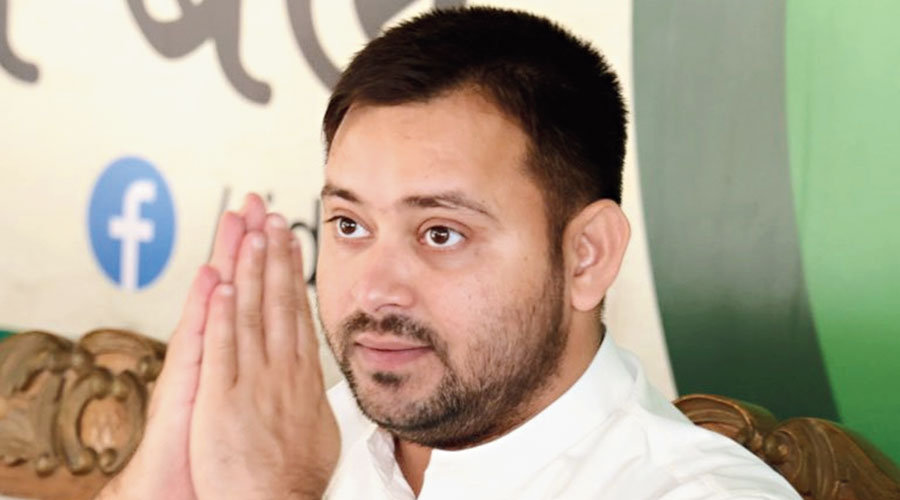 RJD leader Tejashwi Prasad Yadav claimed on Thursday that the public mandate had been with the Opposition Grand Alliance and accused the NDA of winning the elections by “dhan, bal and chhal (money, muscle power and deceit)”.

Speaking for the first time since the Bihar Assembly election results were announced, Tejashwi mocked chief minister Nitish Kumar, whose JDU has been relegated to the third position in terms of seats, and wondered whether the veteran leader would “heed his conscience and give up his attachment to the chair” and “resign to respect the decision of the people of the state and not indulge in division, addition, subtraction and multiplication”.

At a media conference in Patna, Tejashwi also alleged fraud in the counting of postal ballots and demanded recounting in several constituencies.

“The people have given their mandate and the Election Commission has given its results. The public mandate is for the Grand Alliance while the Election Commission’s results are in favour of the NDA. This is not for the first time. The mandate was with us in 2015 also, but the BJP used the back door to capture power in the state,” the RJD leader and Lalu Prasad’s younger son, said.