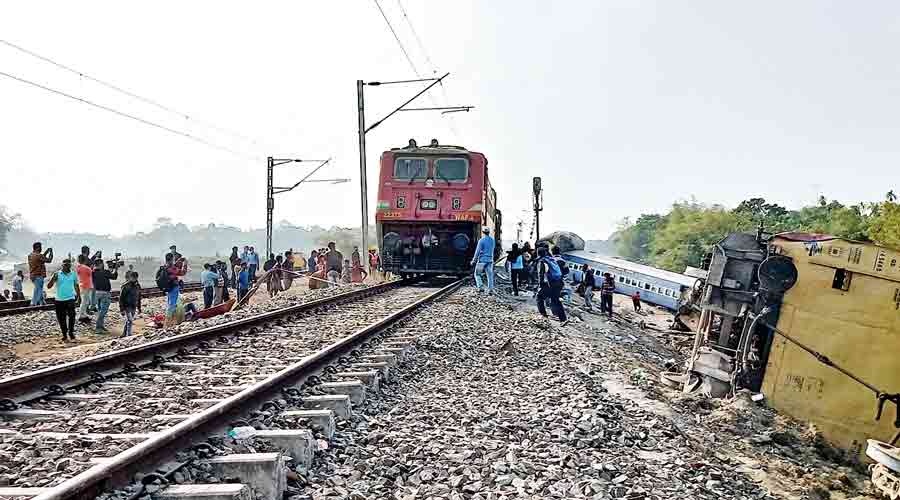 A 54-year-old school teacher was killed after being run over by a train while he was chasing a man who took away his mobile phone in Madhya Pradesh's Shahdol district, police said on Tuesday.

The deceased, Manoj Nema, worked as a teacher in a private school.

He was travelling to Sagar in the Durg-Ajmer train on Sunday night when an unidentified man asked for his mobile phone for making an urgent call to someone, Government Railway Police's assistant sub-inspector Jethu Singh said.

However, when the train slowed down before stopping at Shahdol station, the accused started running away with Nema's phone, he said.

Nema then started following him, but slipped on tracks. He got hit by the train and died, the official said.

The police later arrested a suspect, identified as Rajendra Singh, resident of Kheri village in Shahdol, and recovered a mobile handset from him, the official said, adding that further probe into the case is on.