No income-tax official, however, explained the reason for the raids 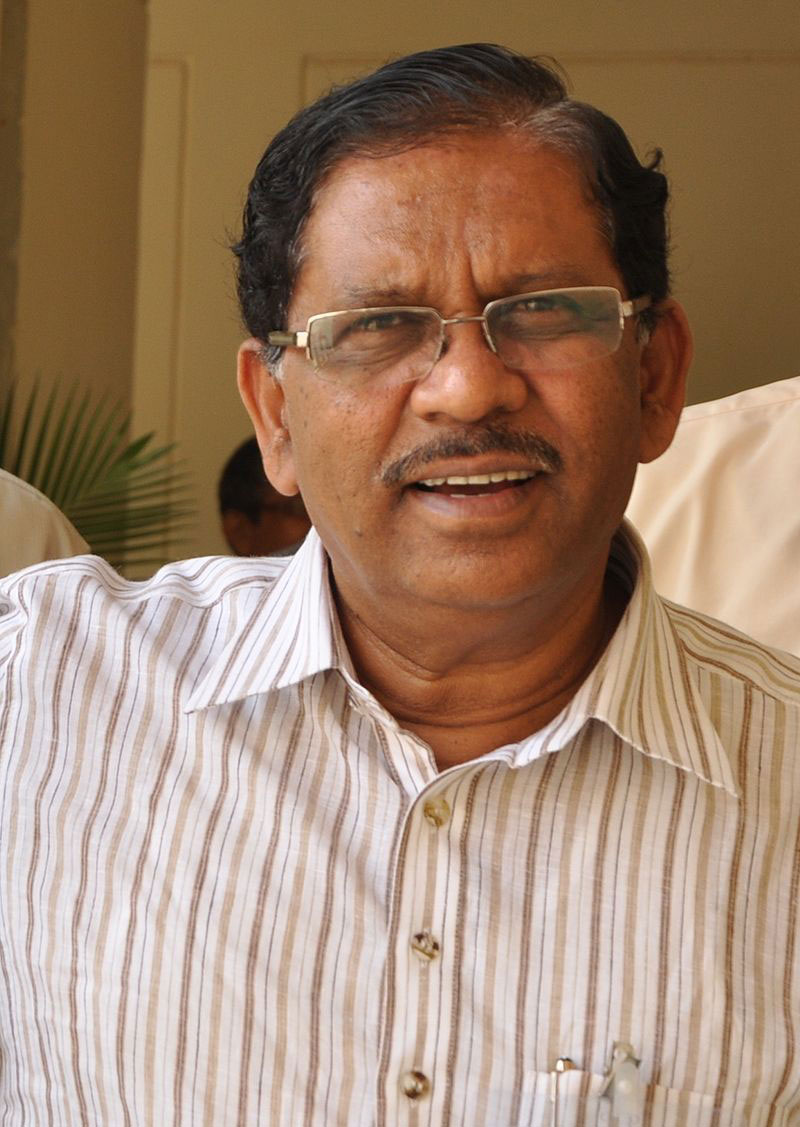 They covered (in picture) G. Parameshwara’s Bangalore home and an unspecified number of businesses associated with him, including the offices of educational institutions he runs in nearby Tumkur.
(Wikimedia Commons)
Our Special Correspondent   |   Bangalore   |   Published 10.10.19, 08:35 PM

Last month, the Karnataka Congress’s ace trouble-shooter, D.K. Shivakumar, was arrested and sent to judicial custody in a money-laundering case, two years after tax raids on his properties.

Thursday’s raids were launched before 7am and were continuing in the evening. They covered Parameshwara’s Bangalore home and an unspecified number of businesses associated with him, including the offices of educational institutions he runs in nearby Tumkur.

Searches were conducted on the home of, and an engineering college run by, the 93-year-old Jalappa.

No income-tax official, however, explained the reason for the raids.

“I don’t know what they are looking for since they didn’t tell me anything,” Parameshwara, a former deputy chief minister, told reporters. “Ours is a 50-to-60-year-old institution and we pay our taxes.”

Parameshwara runs the Sri Siddhartha Group of educational institutions in Tumkur, 70km from Bangalore. Offices of an engineering college, a medical college, a dental college and a degree college the group runs were searched.

A Congress source in Tumkur said the taxmen went through the admission records of each of the institutions, perhaps to check whether any capitation fees — which are illegal — had been received.

“This is political vendetta. They (The BJP) are trying to put pressure on Opposition leaders by misusing central agencies,” state Congress working president Eshwar Khandre told a news conference.

Former Speaker K.R. Ramesh Kumar warned: “People will soon lose faith in these agencies when they become organs of the party in power. That is dangerous for democracy.”

Former chief minister H.D. Kumaraswamy of the Janata Dal Secular accused the Centre of “creating a reign of terror by raiding only leaders of the Opposition”.

P.C. Siddaramaiah, leader of the Opposition in the Assembly, voiced similar charges.

The state minister for rural development and panchayati raj, K.S. Eshwarappa, said the government had nothing to do with the raids.