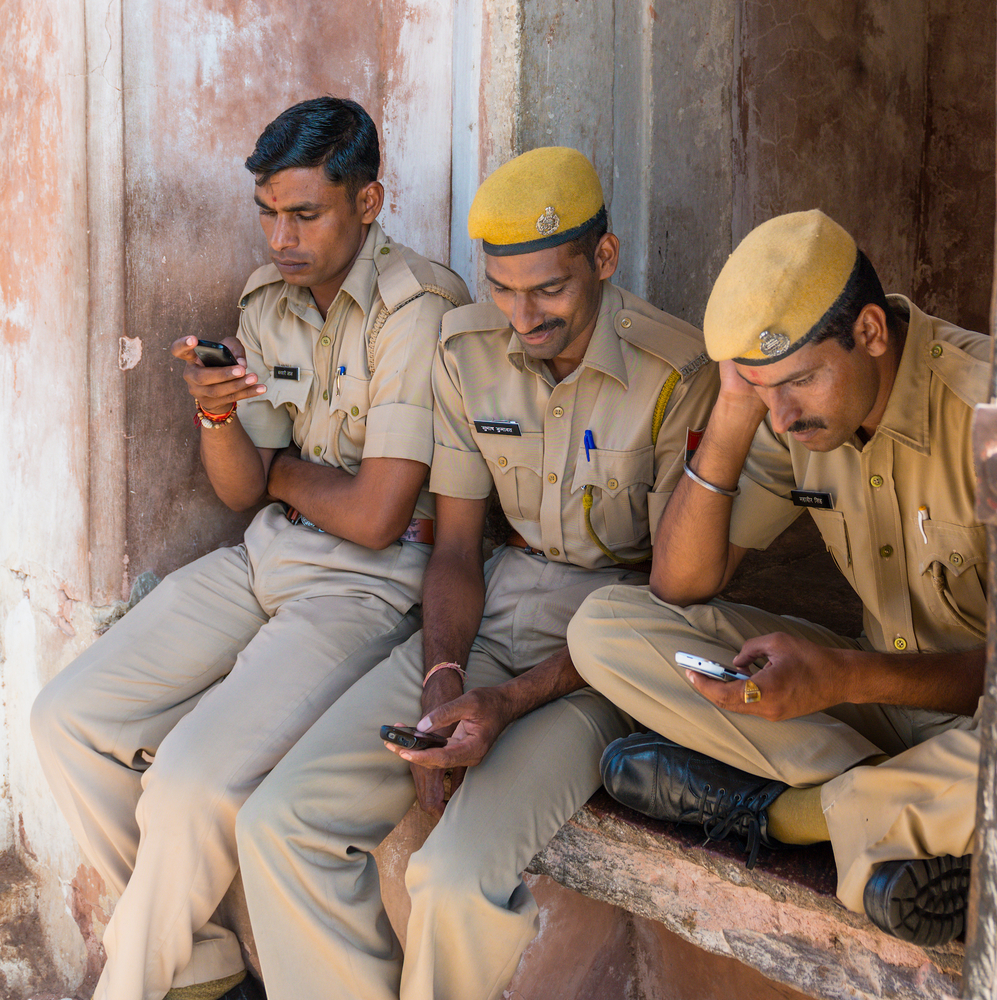 Tamil Nadu police have banned officials below the rank of sub-inspector from using mobile phones while at work, saying it 'distracts' them from discharging official duties.

A recent circular issued by the office of the director-general of police (DGP), T.K. Rajendiran, particularly mentioned men in uniform using mobiles to surf social media.

'It is noticed that police personnel deployed on important bandobust (security) duties, frequently use phones for Whatsapp, etc., and this distracts them from discharging official duties, particularly at sensitive and critical times,' it said.

Henceforth, only officials above the rank of sub-inspector can use mobile phones while on duty even as it is 'used only for official purpose,' while on important duty, it said.

'Hence, cell phones should not be used by other ranks during important duties such as Law and Order, VVIP bandobust, temple and festival bandobust,' it added.

The circular further said the unit officers may decide on the time and specific places where the restriction would be in place and directed them to ensure that the instructions were communicated down the line by way of a circular, besides reading them out during the daily roll-call.