The walls, made of concrete hollow blocks have come up at Synagunda and Ponnai, an official said. 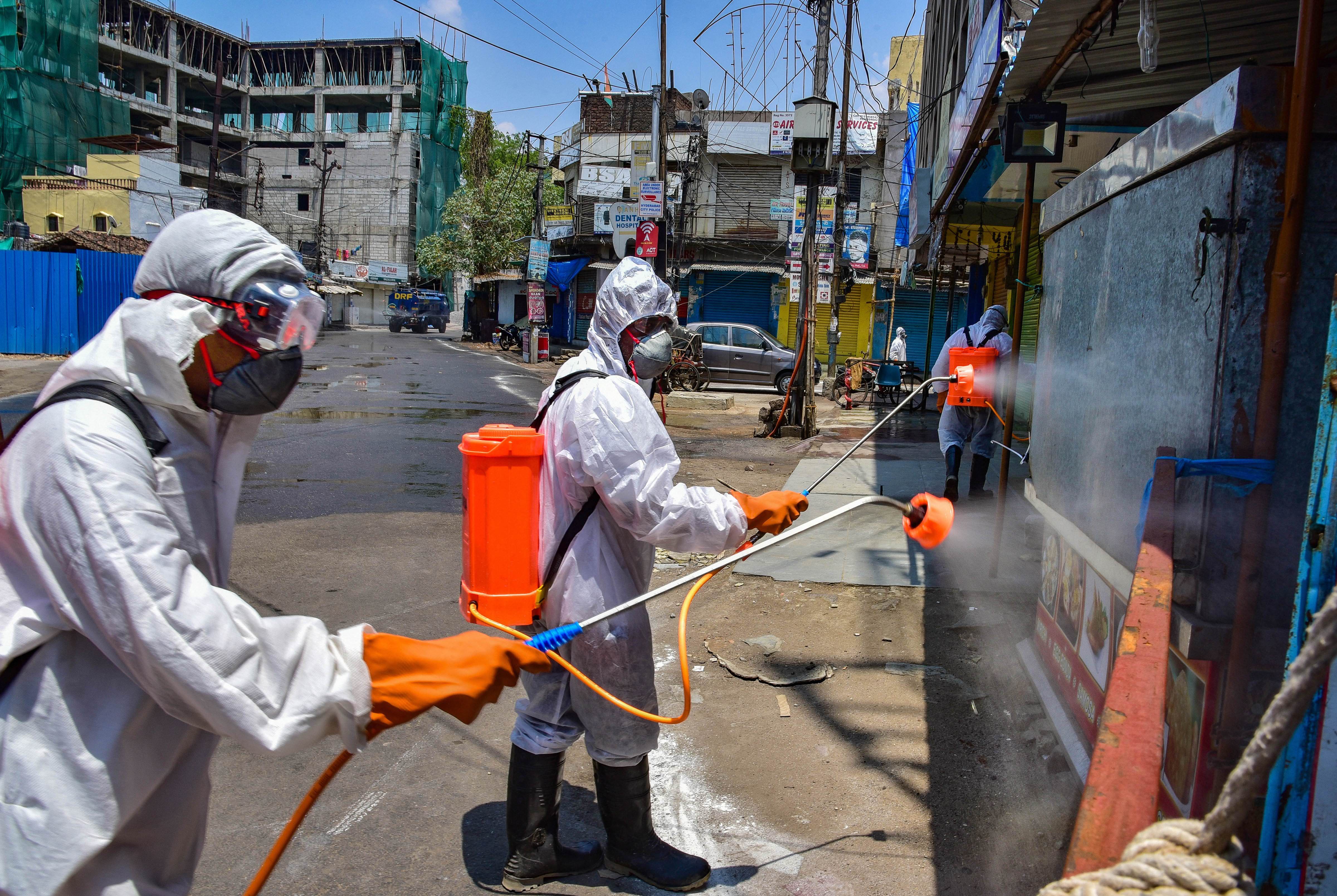 Temporary walls have been built on roads across the border with Andhra Pradesh at two remote checkpoints near Vellore to help prevent unauthorised arrival of people into Tamil Nadu, a senior official said on Monday.

The walls, made of concrete hollow blocks have come up at Synagunda and Ponnai on the border with Andhra Pradesh, the official said.

Asked on the reason behind the construction of walls, Vellore district collector A. Shanmuga Sundaram said it was mainly to check unauthorised entry of people like migrant labourers, who use vehicles including buses to enter Tamil Nadu without any valid permission.

In view of the nationwide curbs to help prevent spread of coronavirus, the governments of other states too do not allow people to travel anywhere.

Some people, however, get access to vehicles and use them to get into Tamil Nadu taking advantage of crossings tucked away in very remote locations like Synagunda, he told PTI.

'Since the chances of getting detected at the main border crossing is high, some people tend to use little noticed locations in remote places,' he pointed out, adding the effort was aimed at preventing unauthorised entry or exit.

The district collector, to a question, said the walls were a temporary arrangement and were built without damaging the roads.

Asked if the move will affect usual movement of vehicles between Andhra Pradesh and Tamil Nadu, he said 'the normal traffic is not affected and the main border with Andhra Pradesh (on the Chittoor Road) is open as usual and that check post has all infrastructure to screen people.'

In the nearly 10 other porous border crossings, additional personnel have been posted to check entry of people, he said.

Chittoor, which is also a district headquarters in Andhra Pradesh is 37 km from Vellore, is one of the busy inter-state highways.