'Lok Sabha, Constitution...they will all vanish in thin air, nothing will remain' 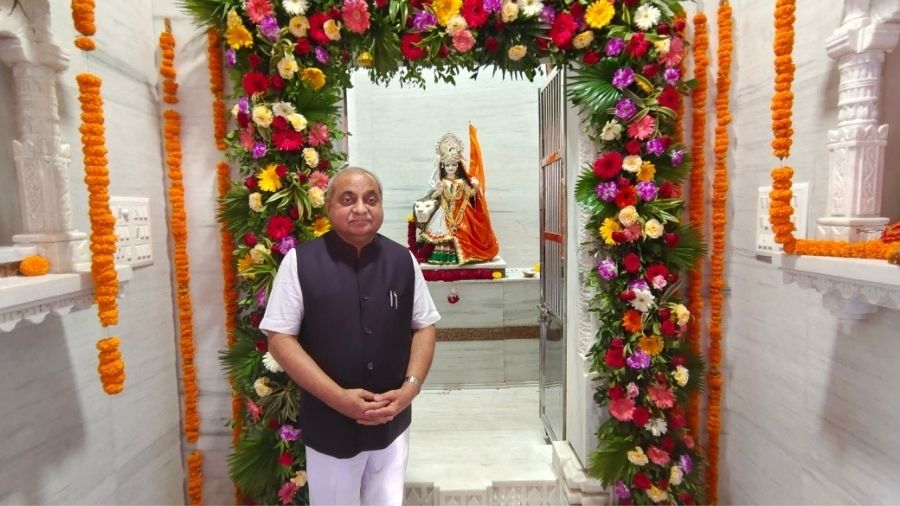 Gujarat Deputy Chief Minister Nitin Patel has said that talks about India's Constitution, laws and secularism will last only as long as Hindus are in majority in the country, and none of the country's "courts, Lok Sabha, Constitution, secularism" will remain in case Hindus are reduced to a minority.

"Those talking about the Constitution, laws, secularism will continue to do so only as long as Hindus are in majority in this country. May god prevent this from happening, but if in another 1,000-2,000 years, the number of Hindus reduces, and (the number of) people from another religion increases, there will be no courts, Lok Sabha, Constitution, secularism...they will all vanish in thin air, nothing will remain," he said.

Addressing an event on Friday to mark the idol installation ceremony at a temple of goddess Bharat Mata in Gandhinagar organised by Vishva Hindu Parishad (VHP), he added that he was not talking about all the Muslims or Christians, as a large number of them are patriots.

Patel criticised a Muslim organisation (Jamiat Ulema-e-Hind) for challenging the Gujarat Freedom of Religion (Amendment) Act, 2021 - that seeks to stop religious conversions through interfaith marriages using force - and wondered why it was troubled by the law even when it is not religion-specific.

He said that the government brought an amendment to the Act after much deliberation due to the concerns raised over cases of "love jihad".

Patel said that when the law applies equally to a Hindu boy forcibly entering into a marriage and converting a Muslim girl, then why only the Muslim organisation was troubled by the law.

The Gujarat High Court had recently stayed several sections of the controversial Act till the pendency of the case.

"People of their community should (rather) issue public statements, hold press conferences, and thank (state Home minister) Pradipsinh (Jadeja), the BJP government, and say they support and welcome the law for ensuring the unity, safety of Gujarat and protection of its daughters from every religion. Why are they troubled, this I do not understand," he said.

The BJP leader said that because of the landmark works of Prime Minister Narendra Modi and Union Home Minister Amit Shah at the Centre, like removing Article 370, ensuring construction of Lord Ram temple, strengthening every religion.

Patel also thanked Jadeja for ensuring that Lord Jagannath Yatra in Ahmedabad and 157 other Yatras across Gujarat were taken out this year by taking precautions so that the number of Covid-19 cases do not go up.