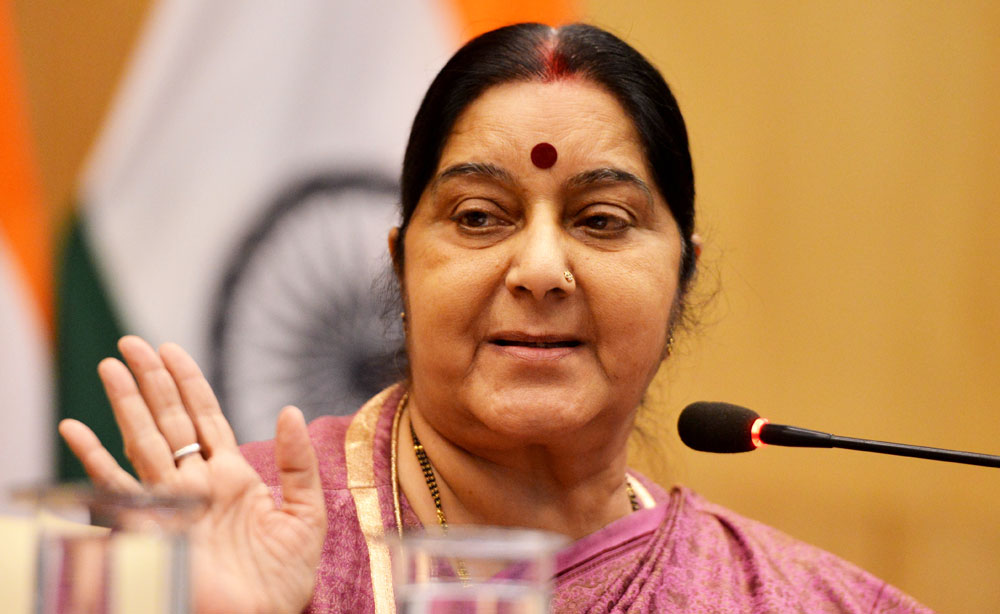 India and Pakistan engaged in shadow-boxing on Thursday on the sidelines of the UN General Assembly in New York with external affairs minister Sushma Swaraj making a midway exit and her Pakistani counterpart Shah Mehmood Qureshi obliquely accusing New Delhi of stalling the Saarc process.

Sushma’s decision to leave the informal meeting of the Saarc Council of Ministers after reading out her piece and without listening to Qureshi was seen as a snub to the Pakistani delegation. Indian foreign secretary Vijay Gokhale, however, sat through the entire meeting.

Officials told reporters in New York not to make too much of Sushma’s midway departure as ministers do leave after presenting their statements at such multilateral meetings. Also, the ministers of Afghanistan and Bangladesh had left before her, but it was Sushma’s exit that caught the eye, given the India-Pakistan dynamics.

The reason cited for Sushma’s early exit was other engagements.

At the meeting Sushma spoke about regional cooperation and stressed that “terrorism remains the single-largest threat to peace and stability in our region…. It is necessary that we eliminate the scourge of terrorism in all its forms, without any discrimination, and end the ecosystem of its support.”

In another pointed reference to Pakistan, she said: “The true potential of the region can be realised only if all countries contribute constructively towards delivering on the commitments Saarc has made to the people of the region.”

Her message seemed to have hit home. One country, Qureshi said later, was holding the 1.7 billion people of South Asia hostage “while making vague statements and unsubstantiated, whimsical allegations”. He flagged the fact that the Saarc summit had already been delayed by two years with no end in sight.