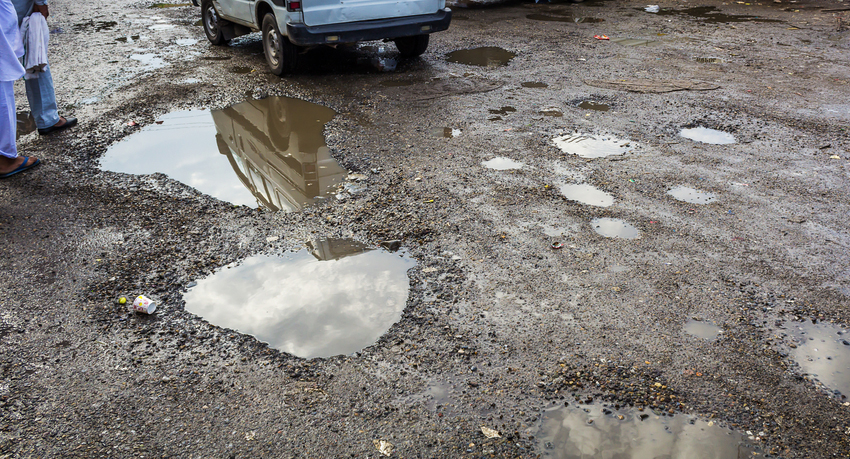 The Supreme Court on Thursday termed “unacceptable” the death of nearly 15,000 people in road accidents caused by potholes in the past five years and said the number was probably higher than those killed on the border or by terrorists.

The deaths indicate that the authorities concerned are not maintaining the roads properly, a bench headed by Justice Madan B. Lokur said.

“It is unacceptable that such a large number of deaths takes place on roads due to potholes,” said the bench, which also had Justices Deepak Gupta and Hemant Gupta.

The court went through a report filed by the Supreme Court Committee on Road Safety, headed by former apex court judge K.S. Radhakrishnan, which said 14,926 people had died in road accidents caused by potholes between 2013 and 2017 across the country.

“It is almost 15,000 deaths in five years, probably more than those killed on the border or by terrorists,” the court said, adding: “These are government figures.”

The bench asked the Centre to file its response on the committee’s report after consulting all state governments and posted the matter for hearing in January.

Advocate Gaurav Agarwal, assisting the court as an amicus curiae, said the committee had filed the report following the apex court’s direction and consulted all the states.

He said the data on death in such accidents were based on figures available with the ministry of road transport and highways.

The court observed that many authorities such as municipal corporations, the National Highways Authority of India (NHAI) and concessionaires working with them or the state road departments would be responsible for these deaths as they were not maintaining the roads.

Referring to the number of deaths, the bench said: “This is absolutely a very high number and indicates that concerned authorities, whether they are municipal corporations, state governments, the NHAI and others, are not maintaining the roads.”

The court also observed that no compensation was paid to the victims’ families in such cases and legal representatives of the deceased had to “live with the unforeseen tragedy due to lack of concern shown by the authorities”.

It said no data were available before the court about the number of people injured in road accidents caused by potholes and that it was clear that the “number of injured will be much much higher than the number of deaths”.

The Supreme Court had in July termed “frightening” the number of deaths in accidents caused by potholes and observed that the number of fatalities in such incidents was more than that in terror attacks.

While hearing a matter related to road safety in India, the bench had also said that people who have lost their lives in accidents caused by potholes should be entitled to compensation.

It had asked the Supreme Court Committee on Road Safety to look into this “very serious issue” and file a report before it.

The court is also dealing with compensation for victims of hit-and-run and road accidents. It had raised the deaths in accidents triggered by potholes on roads, particularly in Mumbai, and said that according to reports there were around 4,000 potholes in the city.

Supreme Court express concern over deaths in accidents due to potholes