Supreme Court has `accepted' there was corruption in Rafale deal: Rahul Gandhi 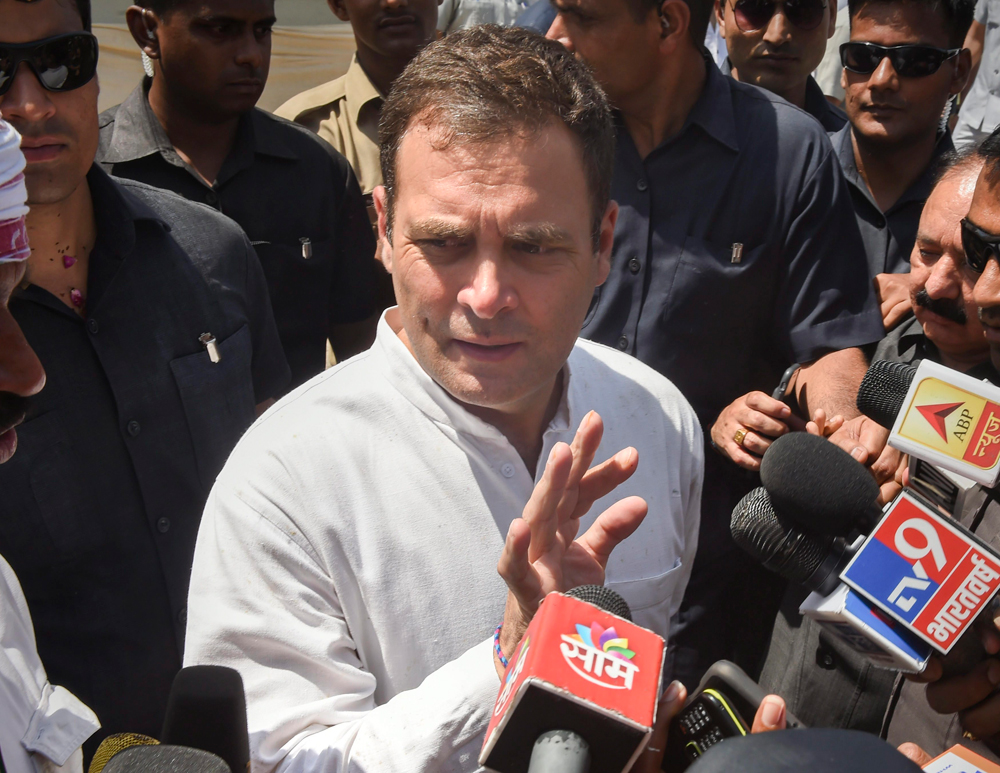 Congress president Rahul Gandhi on Wednesday claimed that the Supreme Court has made it “clear” that Prime Minister Narendra Modi “committed a theft” after the apex court allowed petitioners to rely on leaked documents of the Rafale judgment.

Rahul Gandhi then challenged Modi to a debate on the Rafale military aircraft deal, which the Congress claims involved corruption, a charge repeatedly rejected by the government.

Rahul recalled a recent interview by the prime minister, in which Modi had said the Supreme Court had given a clean chit to his government on the Rafale deal.

“Now the SC has made it clear that 'chowkidarji' (watchman) has committed a theft,” Gandhi told reporters here after filing his nomination papers from the Amethi Lok Sabha constituency.

He claimed the apex court has “accepted that there is some corruption in Rafale”.

The apex court, which had earlier cleared the Modi government of accusations of corruption over the Rafale deal, on Tuesday said it will hear a review petition on the basis of the new documents, referred to by the petitioners.

But Rahul appeared to interpret the order as an “acceptance” by the Supreme Court that there was corruption in the deal on the French aircraft.

“I am happy and I have been saying so for months that Hindustan's PM has given the air force money to (industrialist) Anil Ambani, and the SC has accepted it. The SC is going to investigate it,” he said.

“I want to directly challenge that the SC has said that you have indulged in corruption,” he said.

The reference was to Jay Shah. Last year, a newspaper portal had claimed that his firm recorded a huge increase in turnover after the BJP-led government came to power.

Jay Shah had then filed a defamation suit against the news organisation.

Rahul claimed that Modi will not be able to look him in the eye if the two debate the Rafale deal.

“I want to thank the SC. It's a very happy day. The SC has talked about justice. Justice has prevailed,” he added.