If the Opposition manages to win the two seats, it will need the support of just four or five more MLAs to destabilise the government 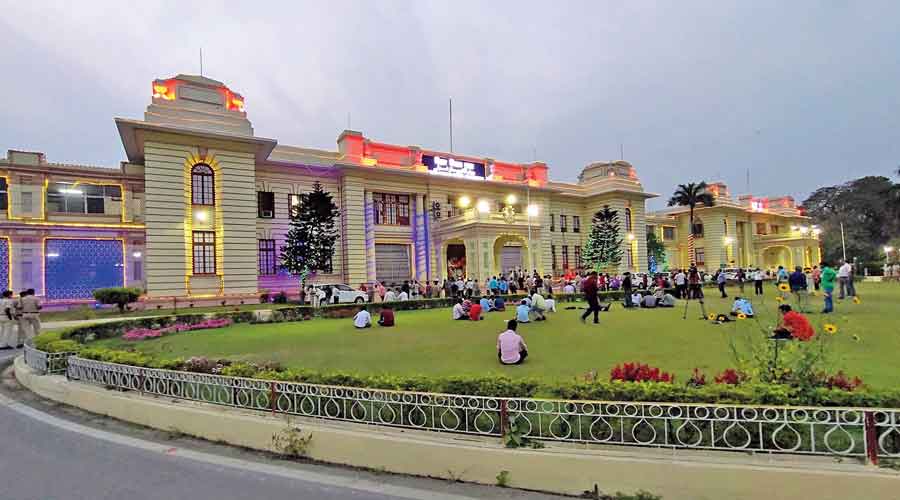 The byelections to two Assembly seats in Bihar on October 30 have turned into an eyeball-grabbing thriller with the potential for a Mexican standoff promising to keep the people hooked.

The bypolls in Kusheshwar Asthan and Tarapur will witness a contest between the ruling National Democratic Alliance (NDA) and the Opposition Grand Alliance with chief minister Nitish Kumar’s Janata Dal United (JDU) pitted against Lalu Prasad’s Rashtriya Janata Dal (RJD). However, several subplots have been added to the narrative with the Congress taking on the RJD, Nitish tackling RJD leader Tejashwi Prasad Yadav and Congress leader Kanhaiya Kumar possibly locking horns with Tejashwi.

The importance of the two seats in the 243-member Assembly cannot be lost on anybody as the present NDA government led by Nitish has a thin majority.

It has 125 legislators and the support of an Independent MLA taking the tally to 126.

On the other hand, the Grand Alliance has 110 seats. Asaduddin Owaisi’s AIMIM has five seats and could be expected to side with it in crunch situations. If the Opposition manages to win the two seats, it will need the support of just four or five more MLAs to destabilise the government.

The bypoll results will also help gauge the mood of the voters one year into the rule of the new NDA government, and whether they are satisfied with Covid-19 management and developmental policies of the present dispensation.

The JDU had won these two seats in the 2020 Assembly election and has already fielded its candidates for the bypolls. Shashi Bhushan’s son Aman Bhushan Hazari has been handpicked to contest from Kusheshwar Asthan while Rajiv Kumar Singh will contest from Tarapur. The ruling NDA partners have accepted the candidates.

However, the Grand Alliance is witnessing turmoil after the RJD unilaterally announced candidates for the two seats on Saturday. The RJD state unit president, Jagadanand Singh, said Ganesh Bharti would contest from Kusheshwar Asthan and Arun Kumar Sah from Tarapur.

The Congress, a grand Alliance constituent, had contested from Kusheshwar Asthan in the 2020 polls. The Congress took umbrage in the RJD’s decision to contest the bypolls this time and said it was not abiding by the coalition dharma. Stung by the developments, the Congress declared its own intention to contest both the seats.

“We are now going to contest both the seats in the bypolls. If the RJD cannot follow the coalition rules then why should we do it in a one-sided manner? We have conveyed our decision to the high command and are waiting for its nod. We will announce our candidates either on Tuesday or Wednesday,” Bihar Congress president Madan Mohan Jha told The Telegraph.

Pointing out that Kusheshwar Asthan has been a traditional stronghold of the Congress and the RJD has not won it in the last couple of decades, Jha said the public sentiment indicated his party should contest both the seats now. “RJD has more seats in the Assembly, but we are a national party. It cannot just force whatever it wishes on us,” Jha said.

On the other hand, the RJD also claimed that it had acted on public demand to contest both the seats. Its leaders retaliated after several Congress leaders made sharp reactions on the issue.

“Our votes and your candidates are passé. The Congress should check the ground reality to understand that it has no base among the voters. The people from both the constituencies want our candidates and we honoured their wishes. We are going to win both the seats,” RJD spokesperson Mritunjay Tiwary said.

Tiwary also said that one of the factors behind the RJD’s decision to contest both the seats was the poor performance of the Congress in the 2020 Assembly election. It could win just 19 seats out of the 70 it contested. The RJD later held the Congress responsible for not being able to form a government in the state.

There is also a Kanhaiya angle to the latest churning in the Grand Alliance with various sources claiming that he could be dispatched to campaign for the bypolls.

Kanhaiya and Tejashwi are said to not see eye to eye as both are young and are gunning to establish themselves as the next generation leaders in the state. The former is considered to be an equally good orator. The acrimony between them increased after the RJD fielded its candidate against Kanhaiya during the 2019 Lok Sabha elections. He contested unsuccessfully on a CPI ticket from Begusarai. The CPI is currently an ally of the RJD.

With Kanhaiya joining the Congress, the RJD saw it as a move that would ultimately pit him against Tejashwi.

“Where will Kanhaiya campaign if the Congress is not contesting any of the seats? Our leader Tejashwi has the capability to handle entire Bihar. No other leader in the Grand Alliance has the stature to compete with him,” a senior RJD leader said on the condition of anonymity while accepting that contesting both seats was a subtle way of keeping Kanhaiya out.

The infighting in the Grand Alliance could help the JDU retain both the seats.

The results will be declared on November 2.