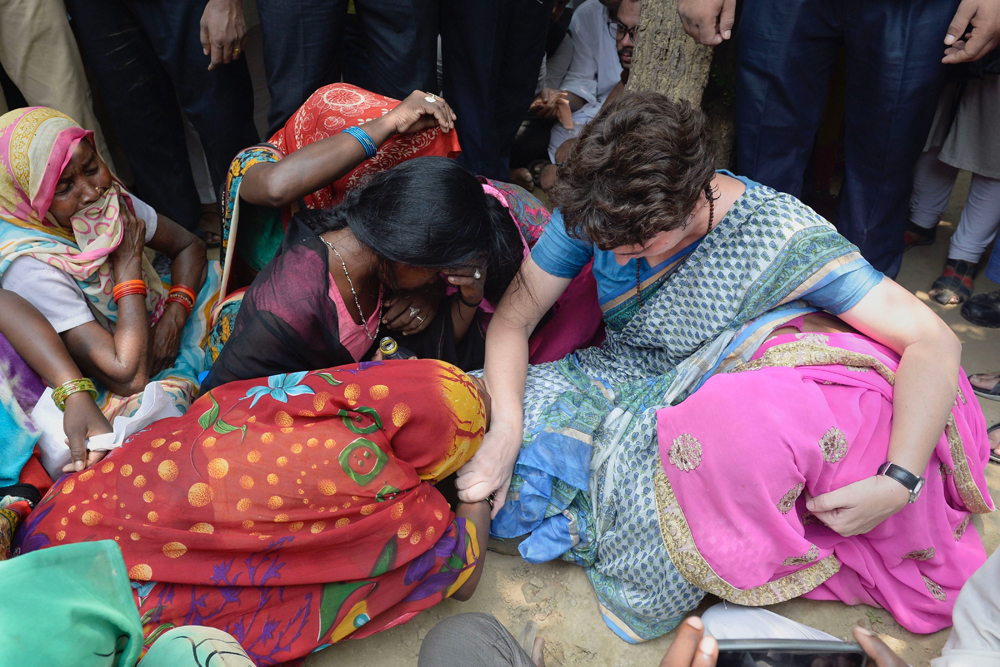 The standoff between Congress leader Priyanka Gandhi Vadra and the Uttar Pradesh government ended on Saturday, a day after she was detained by the Mirzapur administration when she insisted on travelling to the scene of a recent shootout in Sonbhadra.

Priyanka spent the Friday night at the Chunar guest house, insisting she will not return to Delhi unless she meets the families of the victims.

On Saturday, some of the villagers from Sonbhadra, where 10 people were gunned down over a land dispute, came to the guest house itself.

Later, a Congress leader said she was returning to Varanasi, where she had landed on Friday.

The Congress general secretary had earlier met some of those injured in Wednesday’s clash at the BHU Trauma Centre in Varanasi.

But she was stopped while she and her supporters were travelling to Sonbhadra by road.