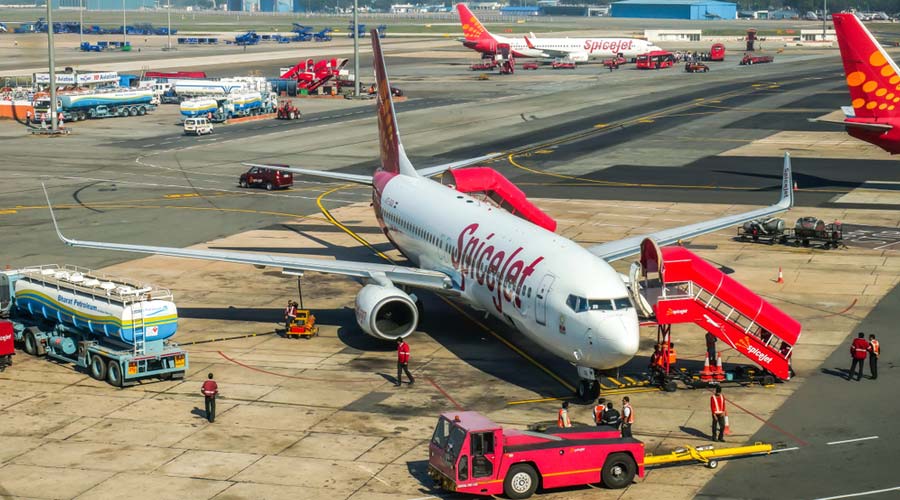 Some SpiceJet flights were held up at the Delhi airport for some time on Friday as there was a delay in daily payment to the Airports Authority of India (AAI) by the airline, sources said.

The airline's spokesperson said the daily payment was delayed due to a software glitch and the flights are now operating normally.

The AAI had in 2020 put SpiceJet on a "cash and carry" basis as the carrier was unable to clear its previous dues.

In the "cash and carry" model, the airline has to make daily payments to the AAI for various charges -- navigation, landing, parking, and others -- to operate flights.

When asked about Friday's incident, a SpiceJet spokesperson said, "Due to a technical glitch in SAP, the automatic daily payment could not be processed."

"The same is being made manually to AAI which has been apprised of the issue. SpiceJet's flight operations are now continuing normally," the spokesperson added.