Silence at the top, rumours fly on Kashmir

Whispers about Article 35A, trifurcation and delimitation 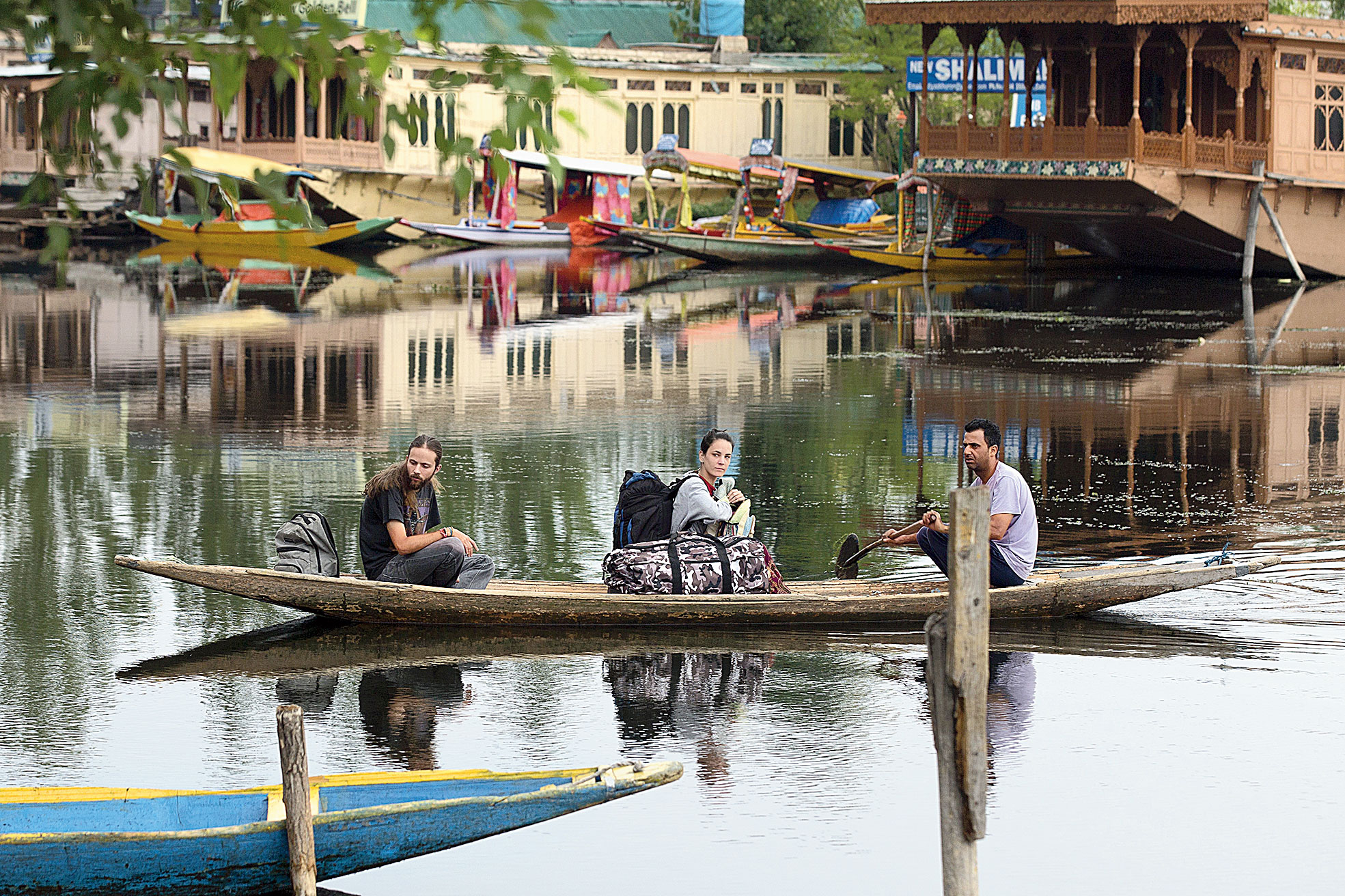 The central government’s silence on recent developments related to Jammu and Kashmir has set North Block abuzz with rumours, from the trifurcation of the state to revocation of Article 35A and delimitation of constituencies.

Senior officials at the seat of the Union home ministry remained tightlipped and though some sources in the Jammu and Kashmir division spoke, they did so in hushed tones.

“All kinds of rumours flying thick and fast, including trifurcation to abrogation of Article 35A, but there is only silence from the top political leadership. We are as clueless as Kashmiris,” said an official, asked about the troop build-up and alarming advisories issued by the authorities.

The state government had on Friday asked Amarnath yatris and tourists to immediately leave the Valley in the wake of intelligence inputs about “specific terror threats” to the pilgrims.

“Kashmir is at the centre stage of this government’s agenda and we are expecting a major decision in the next few days,” another ministry official said, adding there was speculation that Prime Minister Narendra Modi might hoist the Tricolour at Srinagar’s Lal Chowk after his Independence Day speech from Red Fort and hence the security build-up.

The Centre had last week ordered 10,000 additional paramilitary troops to Jammu and Kashmir soon after national security adviser Ajit Doval wrapped up a visit to the state.

The home ministry clarified on Friday there hadn’t been any further deployment.

The Centre has also put the air force and the army on high operational alert. Home minister Amit Shah is likely to visit Kashmir on Monday but there was no official word from his ministry.

Government sources said the BJP had in its election manifesto said it was “committed to annulling Article 35A” as the provision — that grants special rights and privileges to permanent residents — was discriminatory against non-permanent residents. “This should not be seen as either surprising or shocking if the government goes ahead with it. But the government should wait as the matter is pending before the Supreme Court,” a bureaucrat said.

Trifurcation, he said, would mean dividing the state into three parts, granting statehood to both Kashmir and Jammu, and Union territory status to Ladakh. “It can be done only through Parliament,” the officer said, explaining that Article 3 empowers

Parliament to diminish the area of any state. “In relation to Kashmir, a bill can be introduced in Parliament with the consent of the legislature of that state.”

A former security official said trifurcation would also mean division on communal lines — Muslim (Kashmir), Hindu (Jammu) and Buddhist (Ladakh) — a long demand supported by the Rashtriya Swayamsevak Sangh as it believes that would help contain violence in the Valley.

“Presumably, the Muslim-majority areas can then become one huge concentration camp with licence to the security forces to kill,” constitutional expert A.G. Noorani had said in a 2001 article published in the Frontline magazine.

The speculation that the Centre was considering delimitation of constituencies in Jammu and Kashmir had gained momentum for the first time during Union home minister Amit Shah’s visit to the state in June.

Sources in the home ministry said if delimitation were implemented, it would automatically lead to an increase in the number of seats from the Jammu region and might open the door for a Hindu chief minister. The state has so far seen only Muslim chief ministers.

The last time a delimitation exercise had taken place in the state was under President’s rule in 1995 by the Justice (retd) K.K. Gupta Commission.

But former chief minister Farooq Abdullah’s government had in 2002 frozen delimitation in the state till 2026.