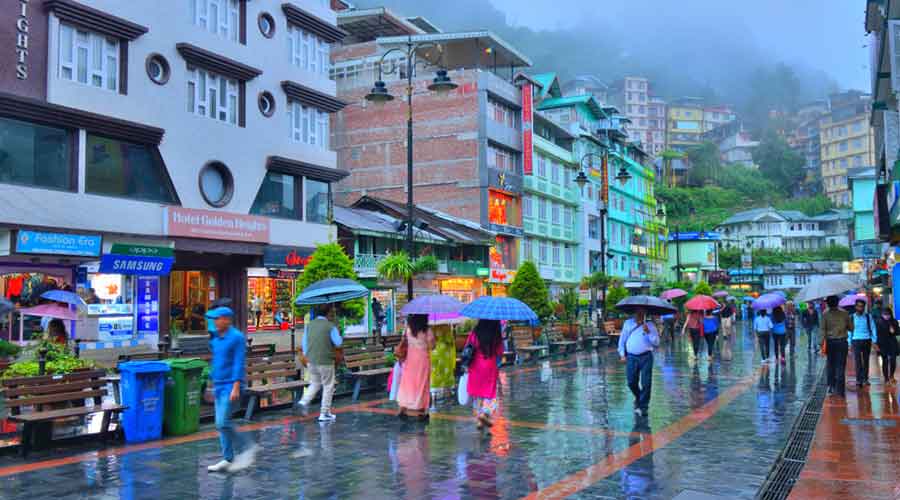 Both the road and power departments were not immediately able to provide an estimate of losses since a comprehensive assessment was yet to be carried out, but officials admitted it would run into hundreds of crores
Shutterstock
Rajeev Ravidas   |   Siliguri   |   Published 14.09.20, 12:29 AM

The ongoing monsoon has caused extensive damage to the road and power facilities in Sikkim, causing losses running into hundreds of crores of rupees and inconveniencing people across the state.

The almost continuous rains since the start of the monsoon in early June have triggered landslides at multiple places, sweeping away road formations, damaging pavements, protective structures and electricity towers and lines which, in some cases, would take months to repair.

“Most of the roads are strewn with huge boulders, formation have been washed out and the roads have been ripped apart horizontally causing deep gorges in between the road networks in many parts of the state,” said G. T. Dhungel, the advisor to the Sikkim roads and bridges department.

Dhungel said temporary measures to open the closed stretches of roads were immediately taken up wherever possible to ensure connectivity, but it would take months for major repairs. “The road sector is the only form of transportation in the state and as such, it is of utmost importance to keep it navigable throughout the year,” he added.

The damage caused to the power sector is equally severe with towers and poles being washed away by landslides at different places, forcing many areas to go without electricity for days together. Places like Singtam, Topakhani, Tintek, and Rakdong in East Sikkim, Temi Namphing in South Sikkim and Hee Bermiok in West Sikkim to name just a few have had to go without power for days together.

“The excessive rainfall has caused extensive damages. We get daily reports from all corners about damage to power stations and lines and consequent outages. Our field staff is working night and day to restore power, but despite that, services continue to be disrupted,” admitted P.T. Bhutia, the secretary of the state power department.

A resident of Singtam, a trading town 28km from Gangtok, said never before had there been power cut for seven-and-a-half days at a stretch.

Both the road and power departments were not immediately able to provide an estimate of losses since a comprehensive assessment was yet to be carried out, but officials admitted it would run into hundreds of crores. “It is safe to say the losses to road and power infrastructure will easily be in hundreds of crores. The quantum of damage will be assessed and reports presented to government,” said an official.