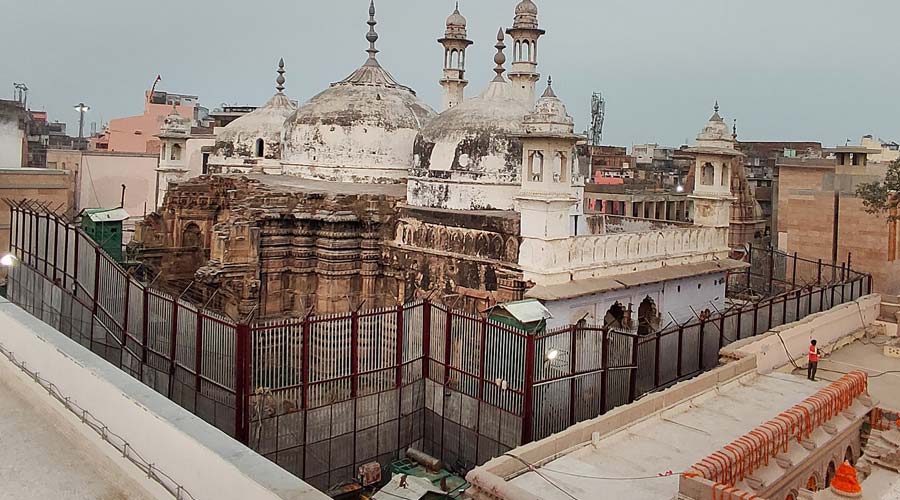 The Supreme Court on Friday extended till further orders the protection of the area where a 'Shivling' was stated to be found at the Gyanvapi-Shringar Gauri complex premises in Varanasi.

A bench of Chief Justice DY Chandrachud and justices Surya Kant and PS Narasimha allowed the Hindu parties to move an application before the Varanasi district judge for consolidation of all the lawsuit filed on the Gyanvapi row.

It also directed the Hindu parties to file their replies within three weeks on the appeal filed by the management committee of the Anjuman Intezamia Masjid challenging the Allahabad High Court order on the appointment of a survey commissioner.

On May 17, the top court had passed an interim order directing the district magistrate of Varanasi to ensure protection of the area inside the Gyanvapi-Shringar Gauri complex where the 'Shivling' was said to be found in the survey.

On May 20, the top court had transferred a civil suit filed by Hindu devotees on the Gyanvapi mosque from the civil judge (senior division) to the district judge of Varanasi, saying looking at the "complexities" and the "sensitivity" of the issue, it is better if a senior judicial officer with more than 25-30 years of experience handles the case.

It had said its earlier interim order of May 17, directing protection of the area where the "Shivling" is said to be found and allowing Muslims to offer namaz on the mosque premises, shall remain in operation till the maintainability of the suit is decided by the district judge and thereafter, for eight weeks to allow the aggrieved parties to approach a higher court.