Maharashtra minister has been with the NCP since 2013 since quitting BJP, has said Pawar and other leaders of the party will take a call on his resignation 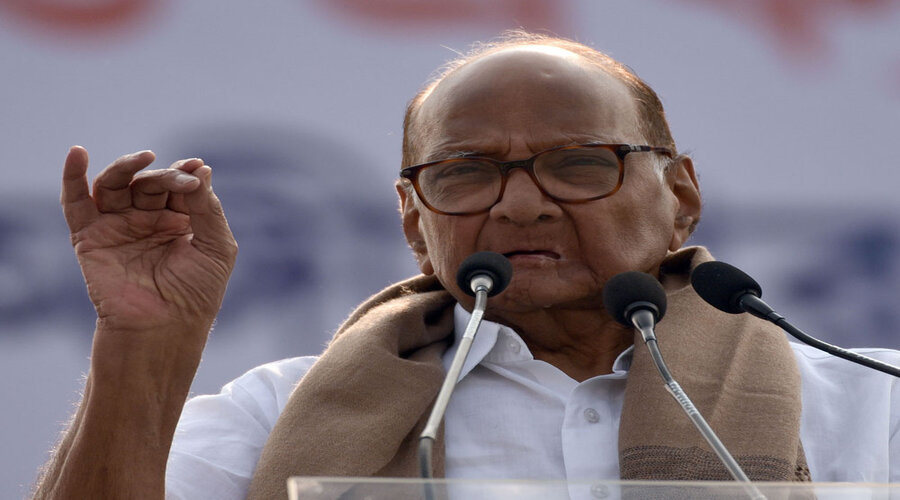 With the demand for the resignation of Maharashtra Minister Dhananjay Munde getting louder, his party NCP on Thursday stated that the issue - Munde being accused of rape by a Mumbai woman, will be discussed internally, following which they would be deciding on his fate.

NCP president Sharad Pawar mentioned that the allegation against the Social Justice Minister was serious and added the party will discuss the issue and decide on it as soon as possible.

Pawar while addressing the media told that Munde (45) met him on Wednesday and explained the details in connection with the allegation.

“I think the allegation against him (Munde) is serious. Naturally, we will have to discuss the issue as a party. I will discuss the same in detail with my key colleagues and take them into confidence,” Pawar said.

“Further steps will be taken after knowing their views. We will do this as soon as possible,” he added.

Munde on the other hand told reporters that Pawar and other leaders of the party will take a call on the issue of his resignation.

Maharashtra NCP president and state minister Jayant Patil maintained that Munde will not resign just because someone has made allegations, but asserted that the issue will discussed inside the NCP and a decision will be taken based on facts.

Talking to reporters, Patil stated that any conclusion should be reached only based on police probe outcome into the matter.

The Water Resources Minister informed that so far there has been neither any discussion in the party over Mundes resignation nor the latter has offered to resign.

Munde was being blackmailed and he had even registered a police complaint. “We should reach any conclusion based on the outcome of the police probe. We need not jump to a conclusion,” Patil said.

He further added that Munde had complaint about the alleged blackmailing by the woman at the Bandra Police Station, but the cops did not take appropriate action at the same.

“Now, the police should conduct an initial probe into the matter. I am sure you will take note if some woman is defaming a politician by levelling random allegations”, he added.

Seconding Pawar, Patil maintained that the allegation against Munde is serious but facts need to be checked.

“It is also not expected of the party to take any decision without verifying the truth if anyone levels allegation against someone,” he said.

Patil added, “Shiv Sena-led government, of which the NCP is a key partner, is not interfering in the matter.”

He, however, maintained that the situation will definitely be reviewed internally. “If need be, we will take appropriate positions based on facts at the level of the Chief Minister (Uddhav Thackeray),” Patil said.

“It will not happen that he will resign just because someone has made allegations,” he added.

The 37-year-old woman, an aspiring singer, had said that she had written to the Mumbai police commissioner on January 10, stating that Munde had repeatedly raped her in 2006. She also claimed that she had approached the Oshiwara police here earlier but her complaint was ignored.

Munde, an NCP leader from Beed district, has denied the allegations, claiming he is being blackmailed by the woman and her sister.

“I think we should leave it to Dhananjay Munde. It is completely his personal, familial matter. And he will find a way out of it,” Raut said.

He also added that the NCPs leadership is discerning and matured to take a call on the issue.

Without naming any opposition party, Raut said that it is an illusion if they think Mundes character assassination will bedevil the Maha Vikas Aghadi government.

“I dont think the opposition has levelled direct allegations. But I can only say that this is not a political issue, but of the family,” Raut said.

“Munde has been accused of sexual harassment and he has no right to be in the cabinet. A minister would immediately tender his resignation following such allegations but this thick-skinned government is unlikely to take any action against him, but we will press our demand,” Chandrakant Patil said.

However, leader of opposition Devendra Fadnavis took a more cautious stand when asked with the charges against Munde and his resignation.

“We need to consider both the sides before making any demand. The party (NCP) and the chief minister should look into it,” Fadnavis said.

Munde has maintained that the woman’s claims were part of a conspiracy to blackmail him. He, however, acknowledged that he was in a relationship with the woman’s sister and has two children with her.

In a statement issued on Tuesday, Munde said his wife, family and friends were aware of this relationship, adding the two kids have been accepted by his family.

BJP leader and former MP Kirit Somaiya has written to the Election Commission, saying Munde did not mention about his son and daughter from the relationship in his poll affidavit.