Imam Bukhari agrees to revoke order, on the condition that visitors respect and maintain the sanctity of mosque 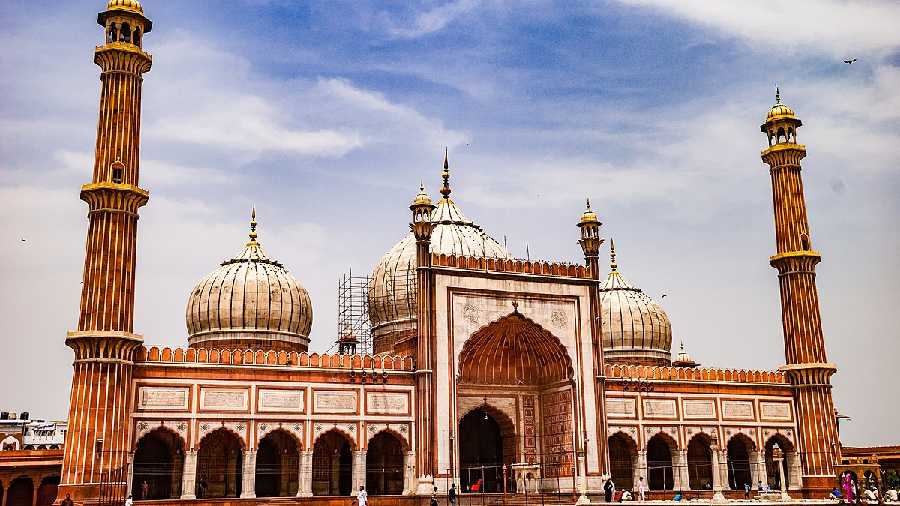 Jama Masjid's Shahi Imam has agreed to withdraw the order restricting entry of women in the mosque, after Delhi LG V K Saxena spoke to him and requested him to take back the decree, Raj Niwas sources said on Thursday.

They added that Imam Bukhari agreed to revoke the order, on the condition that visitors respect and maintain the sanctity of the mosque.

The administration of Delhi's famed Jama Masjid had put up notices outside the main gates banning the entry of 'girls', whether alone or in groups. As controversy escalated, the mosque's Shahi Imam on Thursday said the order is not applicable to those coming to offer prayers.

The issue led to an outrage in some quarters as women rights activists termed the mosque's decision regressive and unacceptable.

The notices, which have no date, came up a few days ago outside the three main entry gates, sources in the administration said. However, it has come to attention only now.

"Jama Masjid mein ladki ya ladkiyon ka akele daakhla mana hai (The entry of a girl, or girls is not permitted in Jama Masjid)," reads the notice by the administration of the 17th century Mughal era monument that attracts thousands of devout as well as tourists.