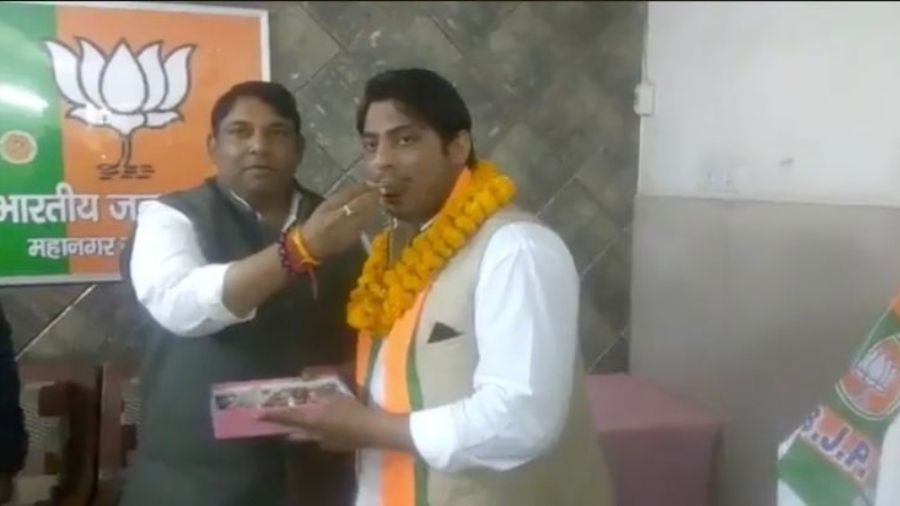 The Bharatiya Janata Party on Wednesday admitted into its fold Kapil Gujjar -- the man who had allegedly opened fire in the air during the anti-CAA protests at Delhi’s Shaheen Bagh, during the early months of this year.

However, hours later, the party cancelled his membership, as soon as the senior leaders came to know of his induction into the party, UP BJP's general secretary J P S Rathore told PTI.

“Local leaders had processed the induction. However, as soon as the state leadership got information about it, his membership was cancelled,” Rathore said on being asked about Gujjar’s entry into the saffron party.

“Today (on Wednesday), some youths from the BSP joined the BJP. Kapil Gujjar was also there among them. We did not have information about his (Kapil Gujjar's) controversial past about Shaheen Bagh,” said BJP’s Ghaziabad Mahanagar unit president Sanjeev Sharma earlier in a statement.

“As soon as we got information about the entire incident, the party's state unit leadership cancelled his membership with immediate effect,” he added.

A man had allegedly fired two shots in the air on February 1 at Shaheen Bagh area in Delhi's Jamia Nagar, where an anti-CAA protest was on. He was taken into custody soon after he opened fire in the air, eyewitnesses had said.

No one was injured in the incident which occurred at around 5 pm.

According to eyewitnesses, the man, who identified himself as Kapil Gujjar, opened fire close to the police barricades, nearly 250 metres behind the stage. He was overpowered by police personnel and taken into custody.