Seems like Delhi govt has not taken the right steps for oxygen supply, says HC

‘Identify the necessary areas where storage tanks can be set up’ 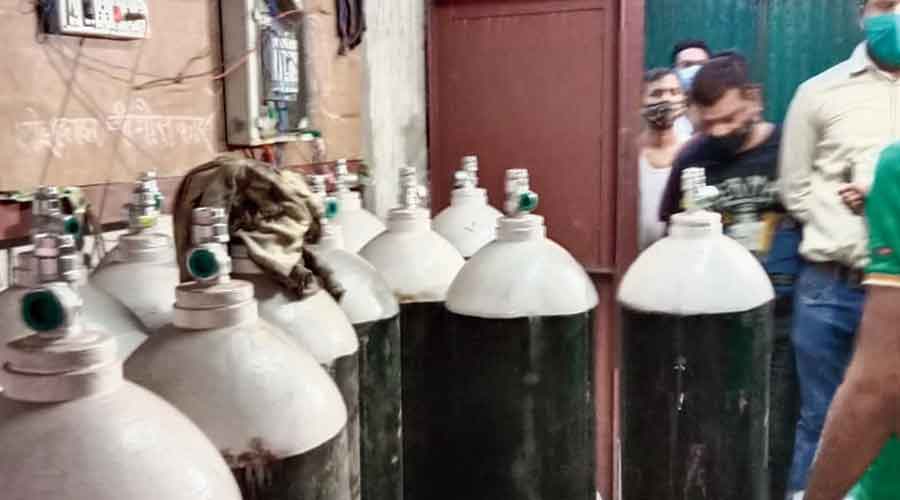 The Delhi HC asked the state government to explore the various possibilities to create storage facilities for LMO and oxygen cylinders in the city.
File picture
Our Bureau, Agencies   |   New Delhi   |   Published 05.05.21, 04:54 PM

The Delhi High Court on Wednesday said it appears that the Delhi government has not taken steps for the creation of a buffer of liquid medical oxygen (LMO) and for streamlining its distribution in the national capital.

A bench of Justices Vipin Sanghi and Rekha Palli said it is for the Government of National Capital Territory of Delhi (GNCTD) to explore the various possibilities to create storage facilities for LMO and oxygen cylinders in the city.

The court said that the GNCTD may take help of the Delhi Technological University to prepare a blueprint for the storage and distribution of oxygen in the city.

It said the obligation to create an oxygen buffer fell on both the Centre and GNCTD as per the Supreme Court's April 30 order.

The observations and directions by the bench came after one of the lawyers present in the hearing said that large static cryogenic tanks for storing LMO are available and can be installed in the city to create a buffer of the life-saving gas.

The lawyer, Aditya Prasad, said that smaller tankers can pick up oxygen from the larger tanks and distribute it in the city and in this way Delhi need not fall upon other states or Centre for tankers to transport oxygen.

He said the tanks can be installed with the help of the Army.

The court also noted that oxygen supplier INOX manufactures such static cryogenic tanks and there may be others and it was for the Delhi government to explore all the possibilities for creating storage facilities for oxygen.

The bench asked the Delhi government to identify the necessary areas where such tanks can be installed and to also create infrastructure for the purpose of distribution of both LMO and oxygen cylinders in the city.

Prasad told the court that his research has identified several vendors providing oxygen storage tanks, oxygen generation plants and Pressure Swing Absorption (PSA) plants and said that the Delhi government should also carry out research as he did and procure the necessary equipment to create the infrastructure for generation, transportation and storage of oxygen in the city.

The court asked Prasad to share his research with the Delhi government and amicus curiae Rajshekhar Rao.

It directed the Delhi government to examine the quotations obtained by Prasad and to also look for other vendors who could meet the requirements and asked them to file a report on the aspect by Friday, May 7.

The court was hearing several pleas regarding the issues related to Covid-19 that Delhi is grappling with presently.