The option will be available from Class I to Class VI at government schools from the current academic session, originally scheduled from July but delayed by the pandemic 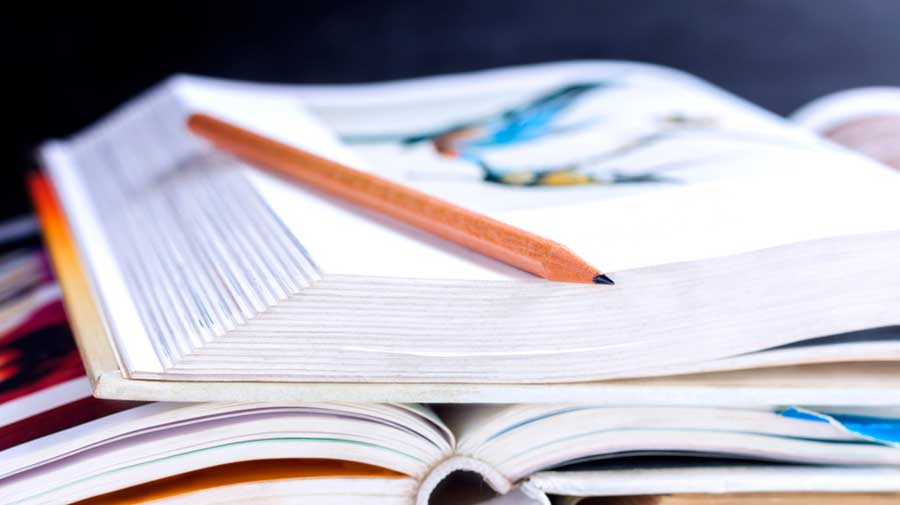 Many school textbooks in Andhra Pradesh are now being printed with their first page on the left side, breaking with publishing tradition.

These books will have one page in Telugu and the facing page in English with the same content.

The idea behind these “mirror image” bilingual textbooks is to help pupils at the state’s government schools transition smoothly to English-medium schooling.

Andhra Pradesh has become the first state in the country to offer the option of English-medium education to all its children from Class I. For starters, the option will be available from Class I to Class VI at government schools from the current academic session, originally scheduled from July but delayed by the pandemic.

The state school education department is now printing bilingual textbooks for mathematics, social studies and the sciences. Each of these books will be split into two volumes to reduce weight.

Yagnamurthy Sreekanth, principal of the Regional Institute of Education in Mysore — an NCERT teacher training institute — said the bilingual books would bring advantages as well as challenges.

“The books will help the students and the teachers carry out effective academic transaction by referring to the Telugu text. Splitting the books into two volumes each will reduce the weight, which is good,” he said.

“But the main challenge is to equip the teachers to teach in English. All these schoolteachers are used to teaching in Telugu. Since there will be no monitoring, it’s possible they may continue to teach in the language they are comfortable in.”

Two senior state government officials said the bilingual textbooks would be offered as part of a free kit to every child when the schools reopen.

The kit will include a schoolbag, textbooks, work books, a belt, shoes, socks and three pairs of cut pieces of cloth towards uniforms. The government will provide the stitching charges too.

The high court declared the move illegal on the ground that it violated the National Education Policy (NEP) — which suggested schooling in the mother tongue or the regional language till Class V — and imposed a foreign language on children without their parents’ permission.

Following this, the state appealed in the Supreme Court, where the case is pending. But it also dropped the idea of making English-medium education compulsory and offered it as an option, and began collecting parental consent.

Officials said nearly 96 per cent of the parents had chosen English-medium education for their children.

Kancha Ilaiah, author and researcher on issues of social justice, said the bilingual books had removed any grounds for anyone arguing that the English-medium option violated the NEP.

“The NEP suggests that early education should be imparted preferably in the mother tongue. This is addressed by the bilingual textbooks,” he said.

A state government official said the teachers had been trained to teach in English.

The official said several research studies had found that young children have a greater capability than their older peers to learn multiple languages. This is why the state had decided to introduce English medium from the lower grades.