Top court said it will send notices for Wednesday 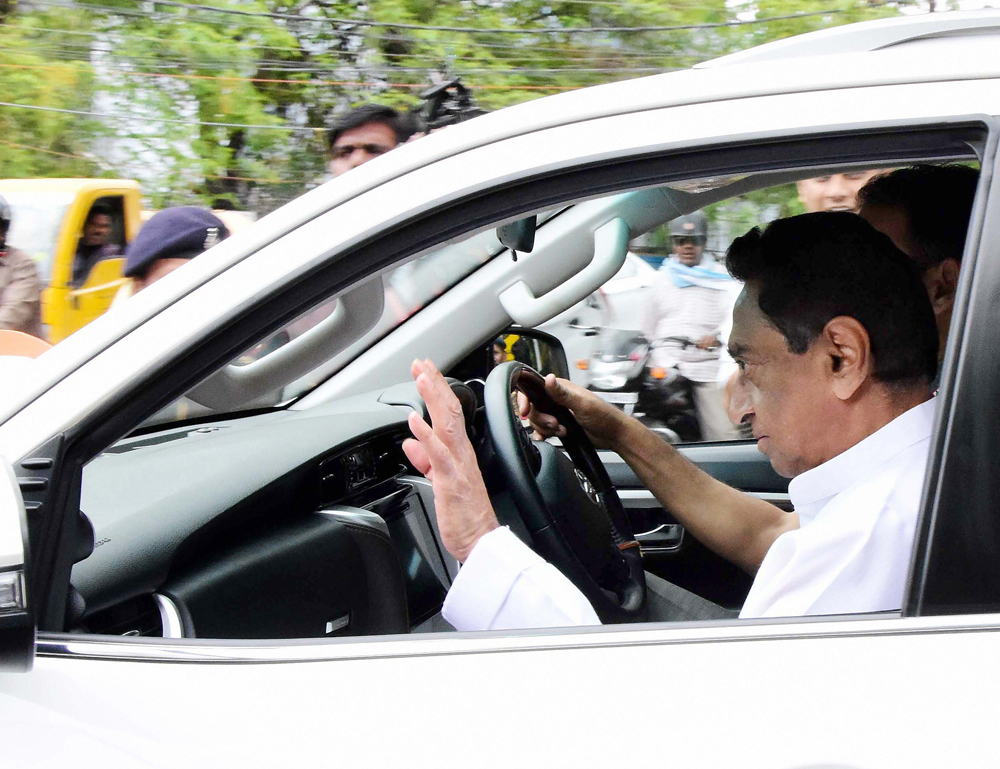 The Supreme Court has asked the Kamal Nath government in Madhya Pradesh to give by Wednesday its response to former chief minister Shivraj Singh Chouhan's plea seeking a direction for an immediate floor test in the Assembly.

A bench headed by Justice D. Y. Chandrachud on Tuesday said it will issue notice to the state government and others, including the secretary of the legislative assembly, for tomorrow at 10.30am.

Chouhan and nine other BJP lawmakers, including leader of opposition in the state assembly, moved the Supreme Court on Monday just after Speaker N. P. Prajapati cited coronavirus concerns and adjourned the house till March 26 without taking the floor test, apparently defying Governor Lalji Tandon's directions.

Appearing for the senior BJP leader and three-time chief minister, senior advocate Mukul Rohatgi said 'the rationale in this case is that a floor test is required and usually the other side appears in such cases'.

Taking note of the submission, the bench said, 'We will have to issue a sought notice and keep it for tomorrow morning.'

The bench then took note of the submission of senior advocate Maninder Singh appearing for 16 rebel Congress MLAs that they be also allowed to become parties to Chouhan's petition.

Singh said 22 Congress MLAs have resigned from the assembly and the resignations of six lawmakers have already been accepted.

He said the remaining 16 MLAs also want their resignations to be accepted.

The bench granted Chouhan the liberty to serve the copy of the petition to the state government, speaker and others through e-mail besides traditional modes of service notice.

On Saturday night, the Madhya Pradesh governor wrote to Nath asking him to seek a trust vote in the assembly soon after the governor's address on Monday, saying his government was in a minority.

After the speaker accepted the resignation of six Congress MLAs on Saturday, the party now has 108 legislators.

These include 16 rebel legislators who have also put in their papers but their resignations are yet to be accepted.