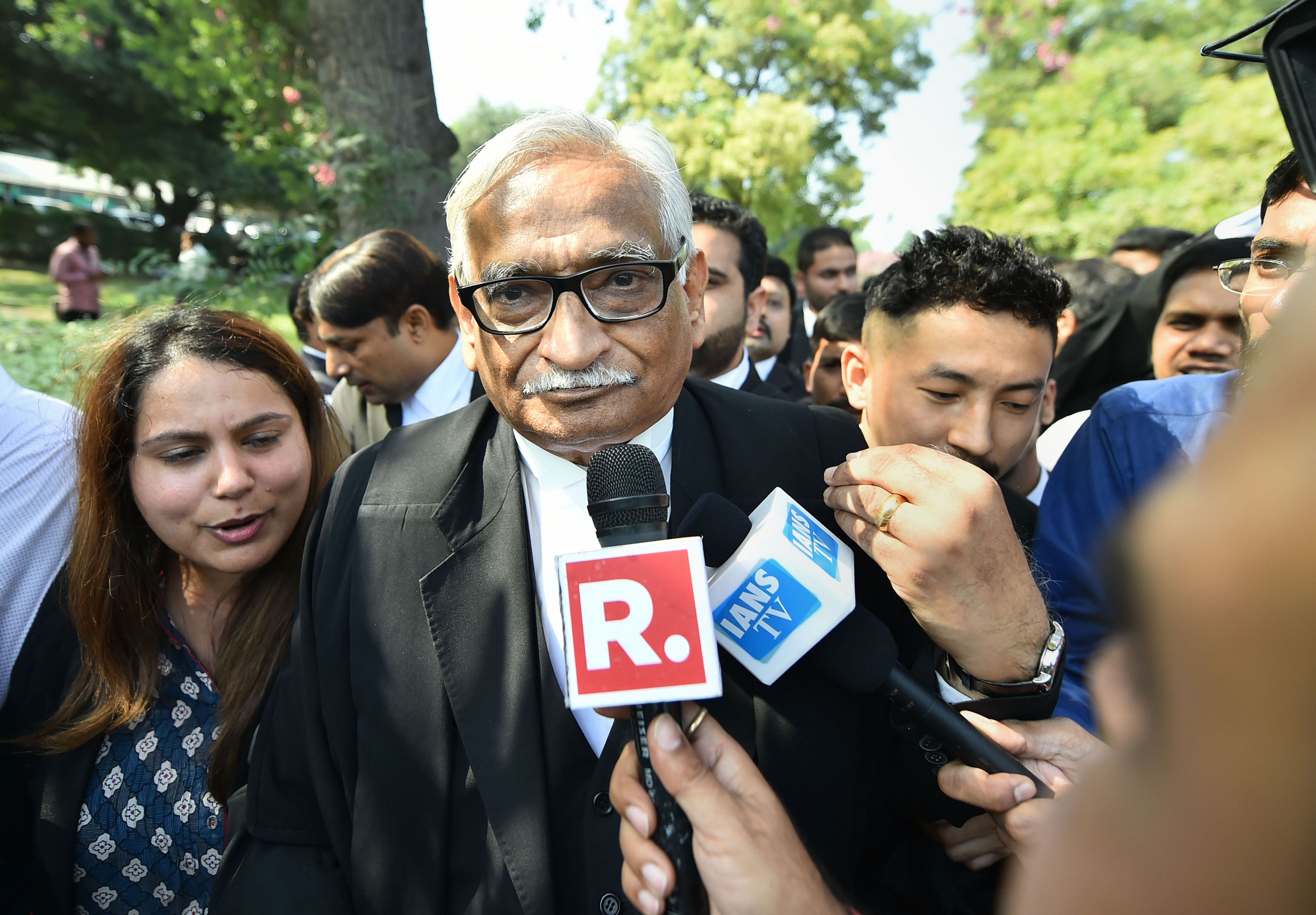 Senior advocate Rajeev Dhavan, who appeared for Muslim parties in the Ram Janmabhoomi-Babri Masjid title dispute case, on Tuesday said he has been sacked from the matter on the 'nonsensical' ground that he is unwell.

Dhavan, who posted the information on Facebook, said he is no longer involved in either the review or the case.

'Just been sacked from the Babri case by AOR (Advocate on Record) Ejaz Maqbool who was representing the Jamiat. Have sent formal letter accepting the 'sacking' without demur. No longer involved in the review or the case,' he wrote.

'I have been informed that Mr Madani has indicated that I was removed from the case because I was unwell. This is total nonsense. He has a right to instruct his lawyer AOR Ejaz Maqbool to sack me which he did on instructions. But the reason being floated is malicious and untrue,' Dhavan added on the social networking site.

Dhavan said he didn't want to divide the Muslim parties.

He said he expressed his opinion on Facebook only after Maqbool went public about him being sacked because he is unwell.

'If I am unwell, then how come I am appearing in courts in other cases,' Dhavan said.

'I am committed to the cause and to the Muslim parties but making such statement is completely wrong.'

A five-judge constitution bench on November 9 unanimously cleared the way for the construction of a Ram temple at the disputed site at Ayodhya, and directed the Centre to allot a five-acre plot to the Sunni Waqf Board for building a mosque.