Though police said not more than 150 people would be allowed to pay homage, fans gathered in large numbers 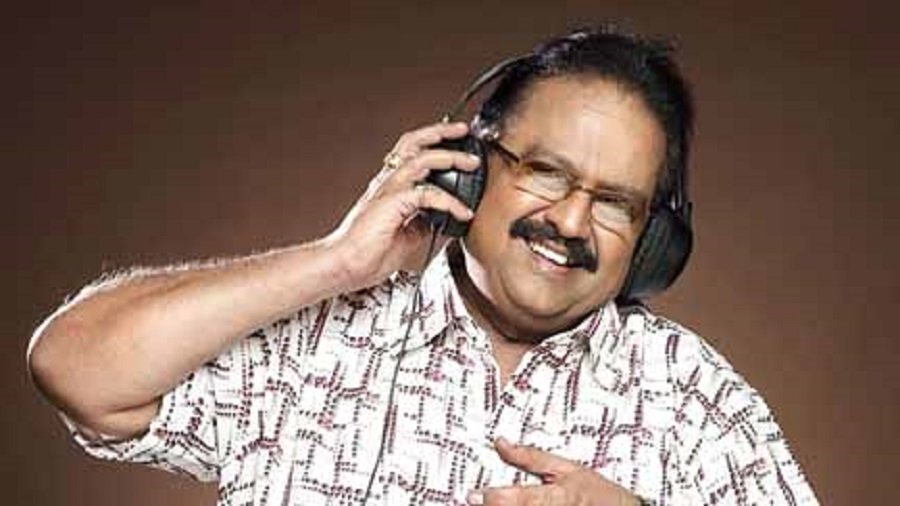 Versatile singer, actor and music composer S P Balasubrahmanyam, hailed as "singing moon" and "music cloud" by his millions of fans, was laid to rest at his farm house near here on Saturday with a 24-gun salute by Tamil Nadu police.

After the singer's son S P Charan performed the funeral rites amid Vedic chants by priests, last post was played by a police band and 24 personnel in ceremonial attire gave a gun salute.

Later, the body with SPB's glasses on and smeared with Thiruneeru (sacred ashes) on the forehead and draped in zari dhoti was lowered into a deep pit and buried.

With policemen, their rifles tucked under their arms marching along, the body was brought on a traditional hay lined bier to the final resting place on the verdant premises from a pandal earmarked for people to pay homage and perform rituals.

The farm house at Tamaraipakkam in nearby Tiruvallur district teemed with his fans, well-wishers and celebrities for the funeral and 500 police personnel were deployed to regulate the crowd.

Though police had initially said only about 150 people would be allowed to pay homage, more and more men and women trooped to the singers idyllic house to pay homage.

Several people could be seen without masks and they jostled to catch a glimpse of the dead star singer and individual distancing went for a toss.

The 74-year old singer, praised as "Paadum Nila" (singing moon) and "Isai Megam" (music cloud) by his fans for his mellifluous voice tested positive for coronavirus and he was admitted to MGM Healthcare here on August 5.

On August 20, when he remained critical, SPB's long time friend and legendary Tamil filmmaker Bharathiraja gave a call for a mass prayer and it evoked a tremendous response with people from all walks of life including celebrities and the general public coming together to pray for his early recovery.

His condition improved, he stabilised and towards the end of last month, he underwent passive physiotherapy and later he actively participated in physiotherapy.

A video clip of him rotating a device as part of the physiotherapy exercise also went viral following his death.

Early this month, the hospital had said that his condition warranted an extended stay requiring ECMO and ventilator support. He was declared extremely critical on September 24 and passed away on Friday.