On his first trip abroad this year, Modi will embark on a three-day visit to Germany, Denmark and France beginning Monday 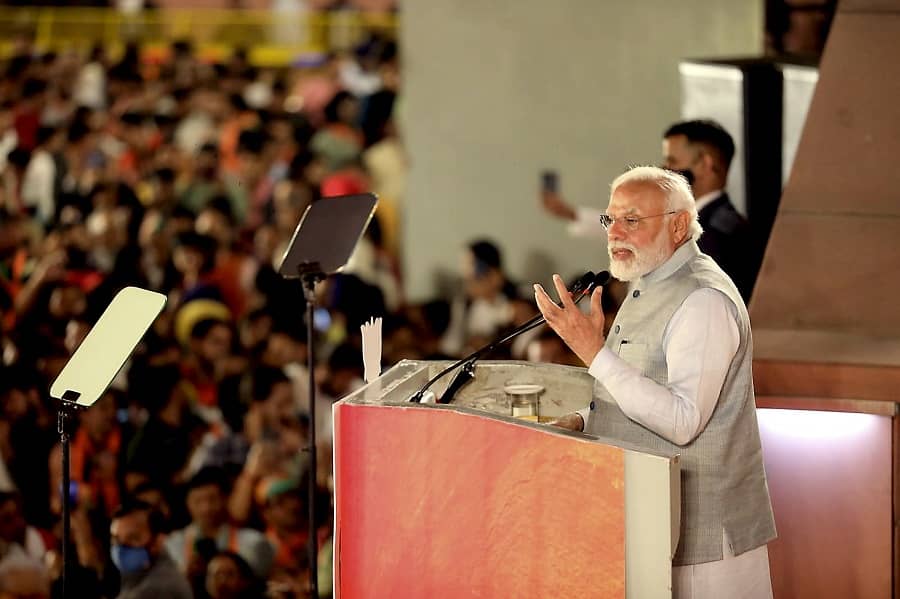 As Prime Minister Narendra Modi embarks on a tour of three European nations, India on Sunday once again called for the cessation of hostilities in Ukraine and resolution of the conflict through dialogue and diplomacy, noting that was an appreciation of its position on the crisis by its partner countries.

At a media briefing, newly appointed Foreign Secretary Vinay Mohan Kwatra underlined the "context, clarity, importance and positive dimension" of India's position on Ukraine and asserted that there should not be any doubt about it.

On his first trip abroad this year, Modi will embark on a three-day visit to Germany, Denmark and France beginning Monday amid the ongoing crisis in Ukraine.

"Our position on Ukraine has been clear. First, there should be a cessation of hostilities; second, a solution must be found out through dialogue and diplomacy," he said, adding this view has been conveyed very clearly to various countries.

The foreign secretary said the visit is focused on expanding India's bilateral ties with the three European nations in a range of areas including trade and investment, clean energy, digital technology and defence, and added that the Ukraine issue will figure in the talks as part of discussions on regional and global developments.

He said India's international partners have an understanding of its standpoint on Ukraine and they even have a deep appreciation for it.

Kwatra said discussions on energy security will be one of the key areas of discussion during Modi's visit as it has assumed greater significance in the current circumstances.

There has been a wider debate and discussion in Europe over ending dependence on its reliance on Russian energy in view of its attack on Ukraine.

The foreign secretary talked about the "changing elements" of energy security, its impact on developing countries like India, the challenges in the sector and the mitigation of the challenges.

"I am sure this would constitute one of the elements in the overall discussions. But naturally one single item would not define what the structure of the discussions would be," he said.

It will be followed by a high-level roundtable where Modi and Scholz will interact with the top CEOs of both countries.

Modi is also scheduled to interact with the Indian diaspora in Germany.

"The meeting between the two leaders would provide an excellent platform not only to strengthen the existing multi-faceted bilateral partnership but to also shape and develop an ambitious agenda of cooperation for months and years ahead including in the field of the development partnership, green agenda, trade and investment linkages," Kwatra said.

German Chancellor Scholz is scheduled to host Modi at a private dinner.

From Germany, Modi will travel to Copenhagen at the invitation of the Danish Prime Minister Mette Frederiksen. He will also participate in the second India-Nordic summit being hosted by Denmark.

Finance Minister Nirmala Sitharaman and a number of other senior Union ministers are expected to accompany Modi to Germany as the format of the IGC mandates direct talks between senior ministers from the two sides on cooperation in specific areas.

In Denmark, Modi is scheduled to hold separate bilateral talks with leaders of Norway, Sweeden, Iceland and Finland.

"The prime minister's first visit in 2022 factors an ambitious and substantial agenda packed into an intense schedule...The principal purpose of the visit is for India to continue to strengthen its multi-dimensional multi-faceted partnerships with key countries of Europe," the foreign secretary said.

On May 4, Modi will have a brief stopover in Paris on his return journey where he will hold extensive talks with French President Emmanuel Macron, who was re-elected to the top post last week.

"Both countries have continuously nurtured and delivered on the ambition of their strategic partnership," he said.

Asked whether the Ukraine crisis will figure in his talks with the European leaders, Kwatra said: "When the prime minister interfaces with the leaders, naturally issues of regional and global importance would also figure in the discussions."

"But the principal focus of the visit is to structure and strengthen bilateral partnership across a range of areas.. and exchange perspectives on Ukraine issues."

The foreign secretary also said that it would not be correct for him to comment on the position of each of these countries on the Ukraine issue.

Reflecting the EU's tough approach in dealing with the Russian aggression, European Commission President Ursula von der Leyen said at the Raisina Dialogue on Monday that Europe will make sure that Moscow's "unprovoked and unjustified" aggression against Ukraine will be a "strategic failure.

India has not yet publicly condemned the Russian attack on Ukraine and has been calling for the resolution of the conflict through dialogue and diplomacy.