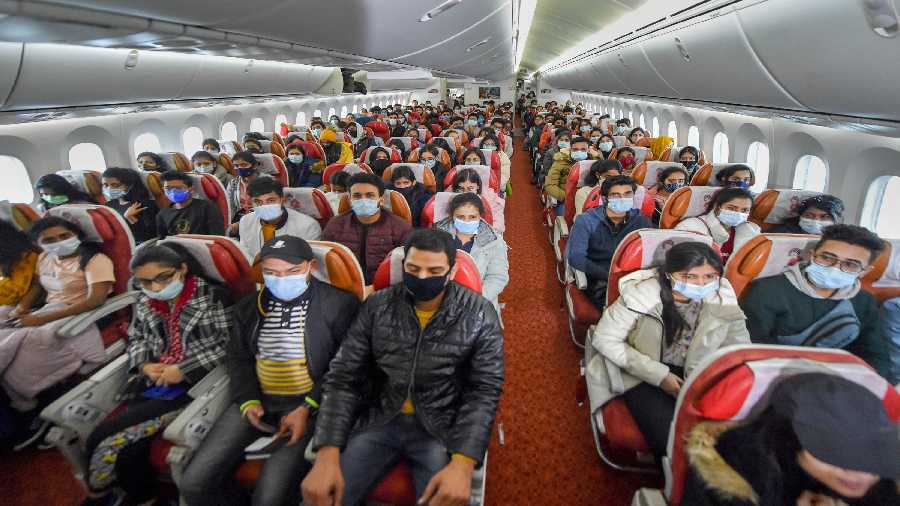 The AI Express flight IX-1202 from Bucharest via Kuwait touched down the runway at 7.40 am, he said.

An aircraft to bring back Indian nationals from Ukraine had left from Mumbai's Chhatrapati Shivaji Maharaj International Airport (CSMIA) for Bucharest on Monday.

This is the second evacuation flight operated to Mumbai from Bucharest to bring back Indians from war-hit Ukraine since February 27.

The Air India Express is the international budget arm of Air India, which is now owned by the Tata Group.

On Saturday, the Air India had operated the first chartered flight to CSMIA from Bucharest with 219 Indian evacuees from Ukraine.

India began the evacuation of its citizens from Romania and Hungary - western neighbours of Ukraine - on Saturday after Russia launched a military offensive there.

Around 14,000 Indians, mainly college students, were stranded in Ukraine.