The residents held placards that read 'No Media, No Police, No Outsiders, - No sympathy, only action, justice' 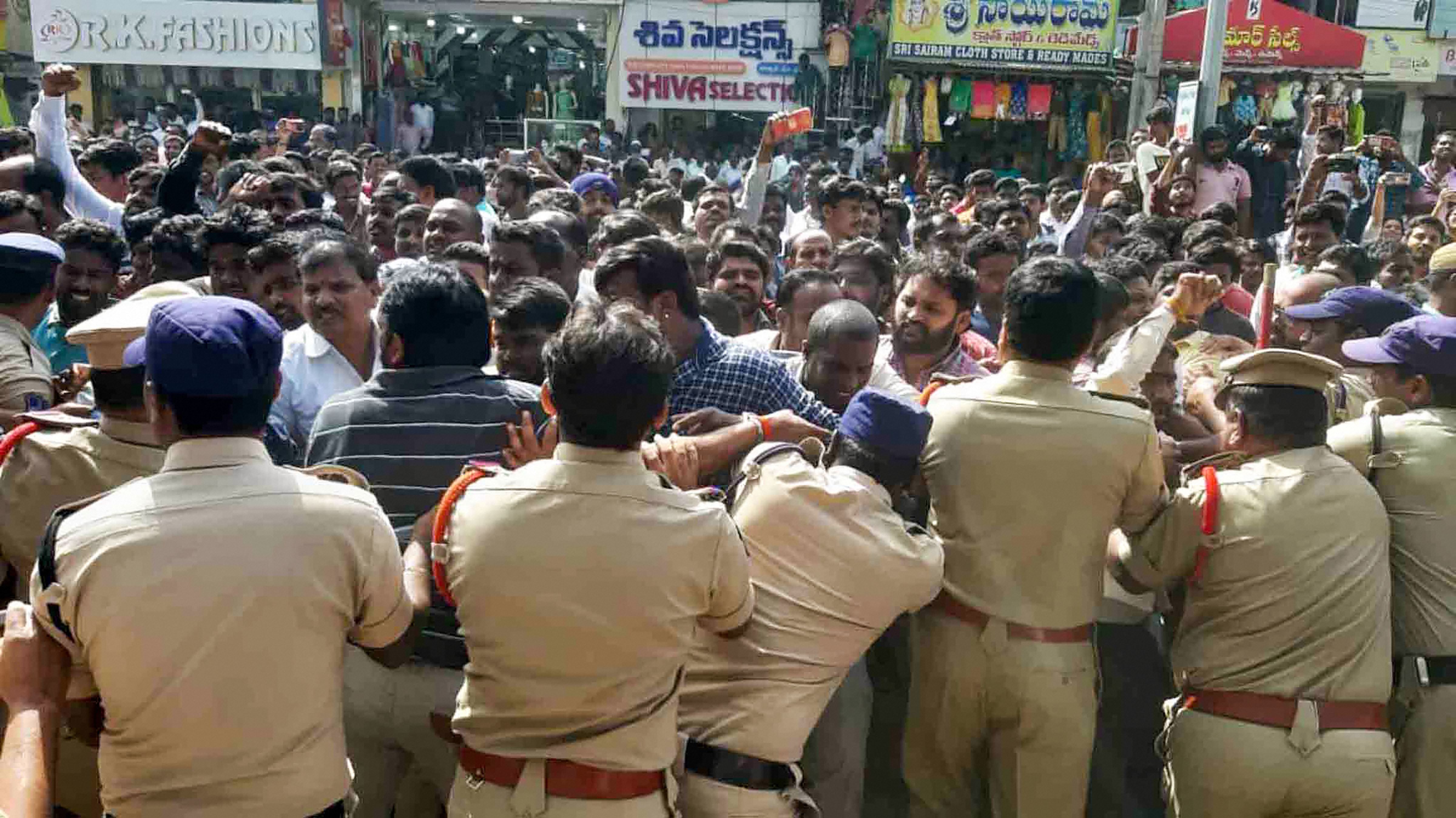 Protesters and police clash during a demonstration demanding justice for the veterinarian, who was allegedly raped and murdered, in Hyderabad, Saturday, November 30, 2019
PTI
PTI   |   Hyderabad   |   Published 01.12.19, 09:51 AM

Mounting public anger over the rape and murder of a woman veterinarian in Hyderabad saw residents of the colony where she stayed turning away political leaders and others who wanted to call on her family on Sunday to express their sympathies.

The residents locked the gates of the colony at Shamshabad on the outskirts of the city and held aloft placards that read 'No Media, No Police, No Outsiders, - No sympathy, only action, justice.'

A woman, who condemned the incident, asked why Chief minister K. Chandrasekhar Rao had so far not reacted to the incident, which occurred on Thursday.

'Police have said they nabbed the four accused who have confessed to their crime. Why is the chief minister not ensuring quick justice? Why is the same treatment not being meted out to them (accused) for what they have done to the girl?' she asked

Another woman asked why the Prime Minister has not yet tweeted on the incident.

Former CPI(M) MLA J. Ranga Reddy and his party workers, who were asked by the residents to go back, told PTI that he and his colleagues squatted at the gates of the colony for some time, expressing support for the family.

He demanded that the chief minister take steps to ensure a quick response by police to prevent crimes against women.

A number of politicians and others, including some film actors had called on the victims family members since the tragic incident occurred on Thursday.

The charred body of the woman, working as an assistant veterinarian at a state-run hospital, was found under a culvert in Shadnagar near here on November 28 morning, a day after she went missing.