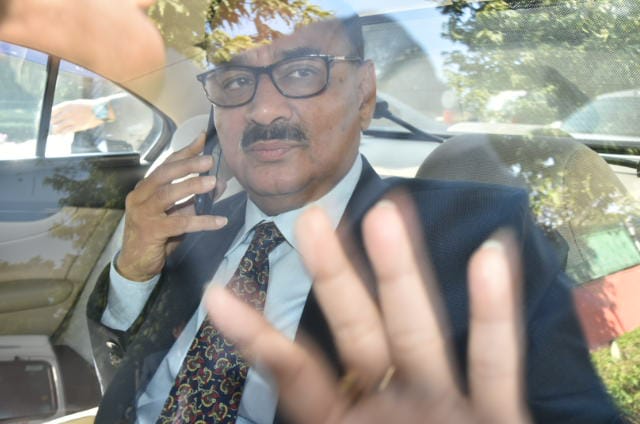 Alok Verma had been sounded out on a quid pro quo under which he was advised to remove adverse remarks against Rakesh Asthana in exchange for keeping his job as CBI director, a source in the investigative bureau told The Telegraph.

The source said the offer was conveyed to Verma when central vigilance commissioner K.V. Chowdary met the now-deposed director at his home sometime in the latter half of last year.

Verma rejected the offer, which was one of the factors that may have set in motion the chain of events that led to the October 23-24 midnight purge in the CBI, the source said.

The adverse remarks by Verma would have been a big hurdle to the elevation of Asthana, considered close to the Narendra Modi government, as CBI director.

The source spoke to The Telegraph around 11am on Saturday. Around the same time, The Wire news portal uploaded a report that said “Chowdary asked… Verma to withdraw the adverse comments he had made on the record in his deputy, Rakesh Asthana’s annual confidential report, or ACR”.

The portal attributed the information to sources close to Justice A.K. Patnaik, the retired Supreme Court judge who was asked by the top court to supervise the CVC probe against Verma. The report said Verma was assured that “everything will be OK” for him if he toed the line.

This newspaper was unable to contact either Chowdary or Verma for corroborating whether the CVC had called on the then CBI director and whether such an offer was made.

The source who spoke to The Telegraph is not associated with Justice Patnaik. If the information exchanged with this newspaper and the portal by different sources is proved, it would add another explosive ingredient into the CBI mess and the way it has been handled by some of the most powerful people in the country.

“The CVC had visited Verma’s residence and asked him to remove the ACR report against Asthana in exchange for dropping of allegations made by Asthana against him. Verma had informed Justice Patnaik of the meeting in detail,” said a senior CBI official.

Asked about the CBI officer’s account, Justice Patnaik told this newspaper: “I do not want to say anything further on the issue relating to Verma as I have already spoken on the matter on Friday.”

He had said that the findings on Verma, on the basis of which he was removed by the selection panel chaired by the Prime Minister, were not his but of the CVC.