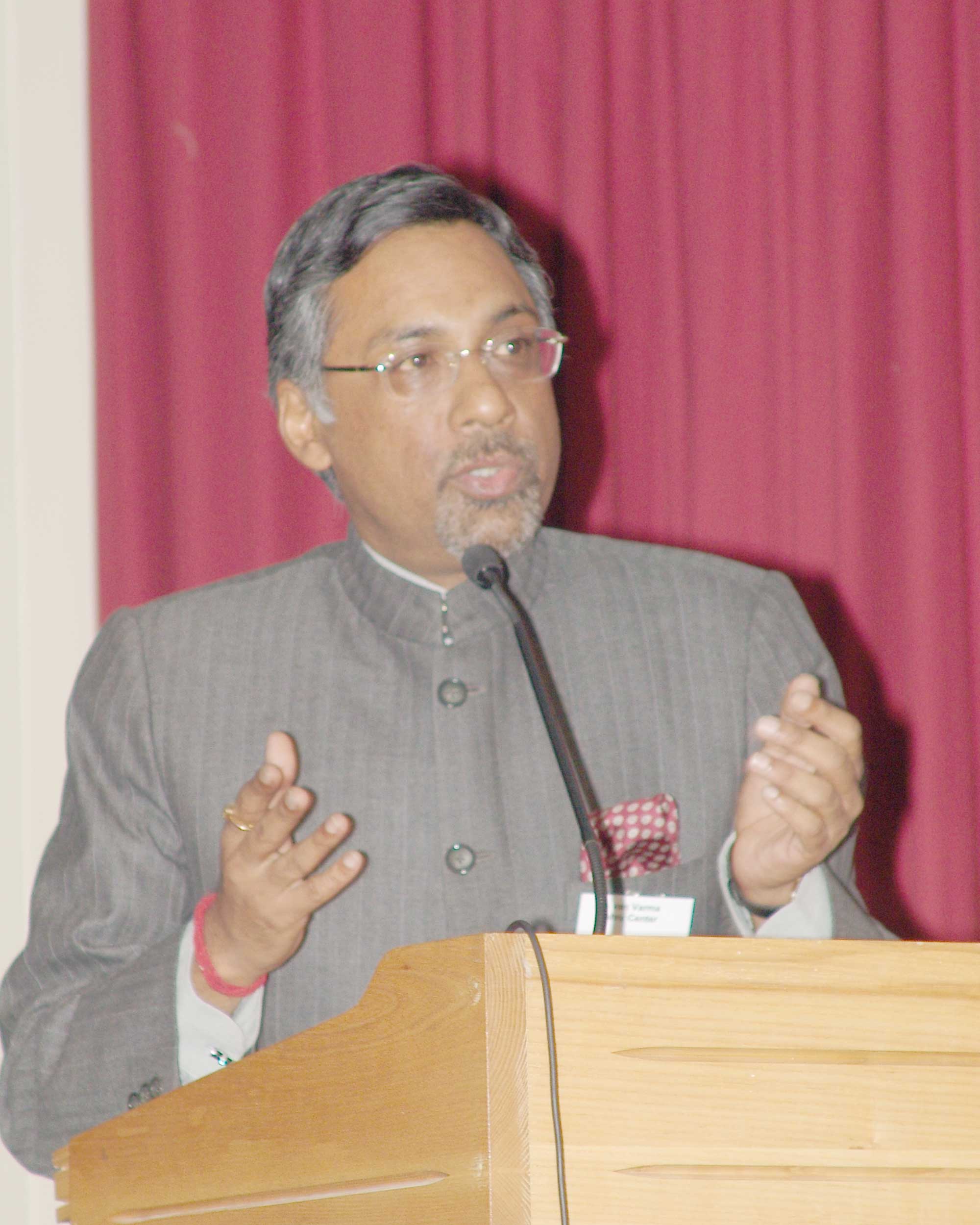 JD(U) general secretary Pavan Varma expressed surprise at the "unilateral" announcement of Bihar deputy CM Sushil Modi that the NPR exercise will be carried out in the state between May 15-28 despite Kumar's stand against the NRC.
Wikimedia Commons
PTI   |   New Delhi   |   Published 05.01.20, 08:48 AM

Varma expressed his surprise at the 'unilateral' announcement of Bihar deputy chief minister Sushil Modi, who is from the BJP, that the National Population Register exercise will be carried out in the state between May 15-28 despite Kumar's stand against the National Register of Citizens.

I have written to Shri Nitish Kumar today against the unilateral announcement by Deputy CM Sushil Modi that NPR will be implemented in Bihar in May 2020. Have requested Nitish ji to categorically reject the CAA-NPR-NRC divisive scheme. pic.twitter.com/FRpiAKYdap

'... in consonance with your own publicly stated views, and long established secular vision, may I request you now to take a principled stand against the CAA-NPR-NRC scheme, and reject its nefarious agenda to divide India and create a great deal of unnecessary social turbulence,' Varma said in the letter.

'A clear cut public statement by you to this effect would be a major step towards preserving and strengthening the idea of India to which, I know, you yourself are committed. The politics of principle cannot be sacrificed at the altar of short term political gain,' he wrote in the letter.

The JD(U) leader has been critical of his party's decision to support the Citizenship (Amendment) Bill in Parliament, and it has now become a law following its passage in both Houses.

Protests have occurred in different parts of the country against the law, which seeks to give citizenship to minorities from Pakistan, Afghanistan and Bangladesh who had arrived in India due to religious persecution by December 31, 2014.

JD(U) vice-president Prashant Kishor has also spoken strongly against the CAA and said this, in combination with the NRC, can turn into a 'lethal combo in the hands of the government to systematically discriminate and even prosecute people based on religion.'

In his letter, Varma said the CAA-NRC combine is a direct attempt to divide Hindus and Muslims, and to create social instability.

The government has categorically stated, he said, that the NPR is the first step to implementing the NRC and since Kumar has said that Bihar will not have the NRC, it follows that he must say no to the revised NPR as well.

The Modi government has dismissed the concerns over the NPR as politically motivated, saying it is a routine exercise and adding that it is yet to take a decision on the NRC.

'The central government needs to focus on the real priorities of governance, such as the disastrous state of the economy, the absence of jobs, and agrarian distress, rather than such schemes whose only aim is to destroy the unity and social cohesion of our great country,' Varma said.