The government is adamant on its stance of not withdrawing the farm laws and this agitation will continue for long, said Rakesh Tikait 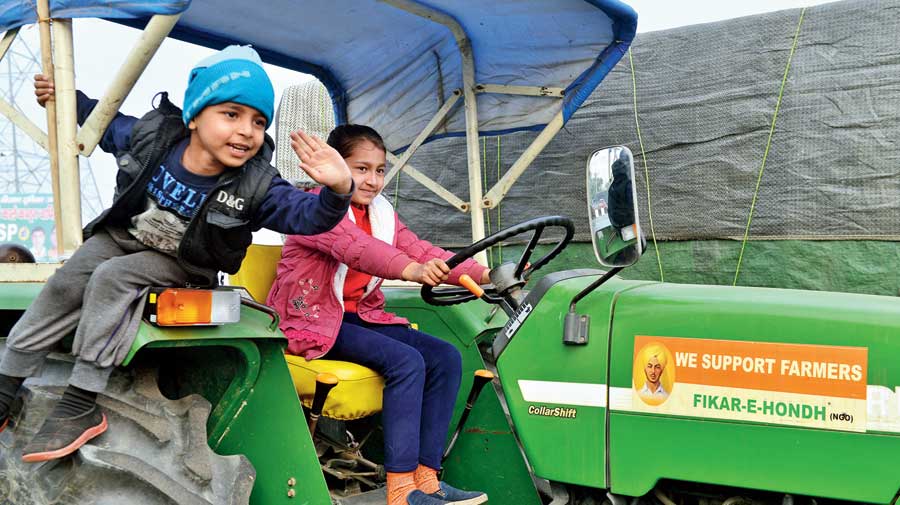 Bharatiya Kisan Union (BKU) leader Rakesh Tikait on Sunday said farmers are prepared to protest against the Centre’s new farm laws “till May 2024” if necessary.

The next general election is due in April-May 2024.

“This is an ideological revolution of farmers started from Delhi and will not fail. Farmers from villages do not want us come back until the three farm bills are taken back,” Tikait told a news conference in Nagpur.

Tens of thousands of farmers have been on dharna at Delhi’s borders since November-end to demand the repeal of the three laws and a legally guaranteed minimum support price. Farmer leaders are mobilising support for the protest from across the country.

“The government is adamant on its stance of not withdrawing the bills and this agitation will continue for long,” he added.

Asked how long farmers will protest, Tikait said: “We are prepared to sit in protest till May 2024...our demand is that the three laws be taken back and the government provide a legal guarantee on the MSP.”

The farmers believe the three laws will serve large corporates and will reduce them to labourers in their own land.

The Supreme Court last Tuesday stayed the implementation of the three new farm laws till further orders and decided to set up a four-member committee to resolve the impasse over them between the Centre and farmers’ unions protesting at Delhi borders.

Dismissing allegations that “rich farmers” were fuelling the protest, Tikait said people from villages and various outfits have joined the protest.

He welcomed the Supreme Court’s decision on staying the implementation of the farm laws, but said the committee formed by the apex court has members who “supported” the farm bills.
“We do not want to go before the committee formed by the court. The government has also said that the government and farmers will find solution on this issue,” he said.

Tikait also said the Opposition parties in the country were weak and that is why farmers had to start this agitation against the Centre’s new laws.

On National Investigation Agency’s (NIA) notices to some people supporting the farmers’ protest, he said Indians also had to face retribution during the freedom struggle. “Those who want to be part of the agitation must be ready for court cases, imprisonment and sealing of property.”