Pune police on Tuesday morning searched the Ranchi home of Jesuit priest and social activist Father Stan Swamy as part of the multi-city raids against activists. 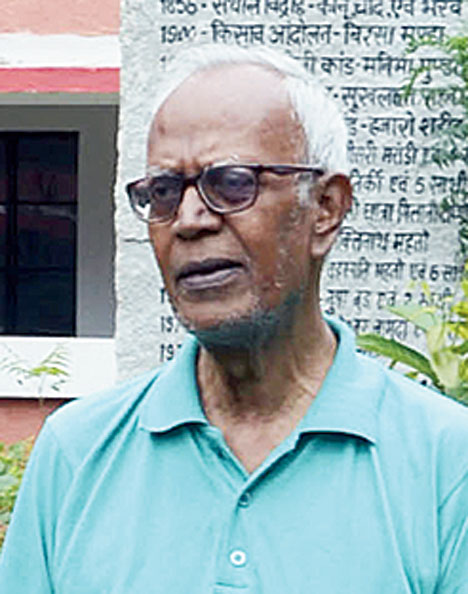 A police officer from Pune claimed Swamy was "suspected to have links with the Elgaar Parishad", referring to a Dalit congregation on December 31 last year on the eve of the bicentenary of the Bhima-Koregaon battle.

The eight-member Pune police team, aided by local police, seized Swamy's computer, laptop, CDs, books and documents in the three-hour raid that began at 6am at Baigacha, a building where rights activists host seminars and where the priest lives in a room.

Swamy, in his mid-70s, was questioned but not arrested. He was made to sign a seizure list written in Marathi. A police officer said they did not have an arrest warrant.

Tribal rights activist Vasavi Kiro, who rushed to Bagaicha, said Pune crime branch inspector Dipak Nikam told her the search was to ascertain if Swamy was "linked to the Elgaar Parishad or not".

"He (the officer) told us that one or some of those arrested in this connection in Maharashtra was named Swamy. We still don't know how that happened. Everything is very sketchy," she said, adding that they could not read the copy of the FIR as it was in Marathi.

Kiro said Swamy told the police he "had never visited Maharashtra. He has been very vocal about tribal rights in Jharkhand but I know he has never been to Maharashtra."

She added that the laptop had articles on land rights and violations.

Swamy, who has fought for the rights of displaced tribals for decades, has fallen foul of the BJP-led Raghubar Das government in Jharkhand too. Last month, FIRs were registered against him and around 20 others, alleging that they incited tension through social media posts and public statements on the Pathalgadi "self-rule" issue.