Precipitation fourth highest between 1974 and 2020, says IMD; HC hearings off 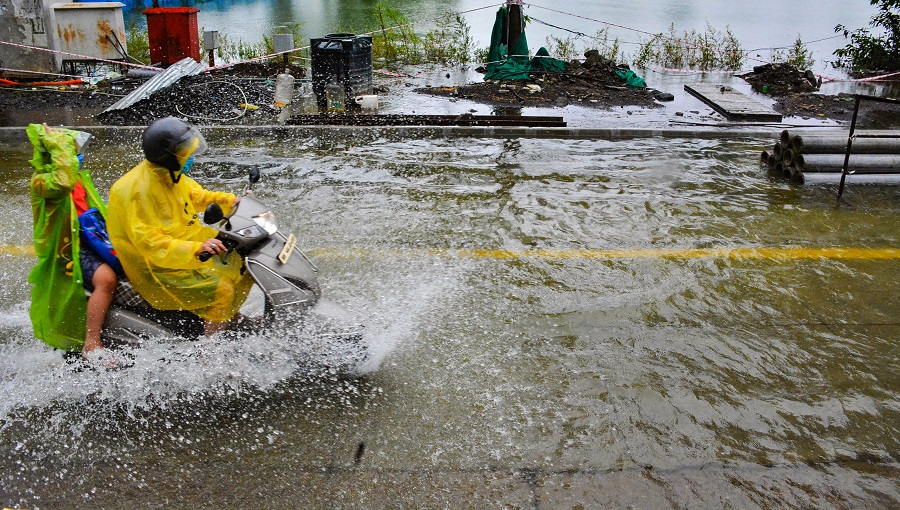 Mumbai received one of the highest showers in the last 24 hours of this monsoon season and more rainfall is likely in the city and suburbs on Wednesday, MeT officials said.

Heavy showers overnight and early Wednesday morning caused waterlogging at many places in the metropolis, disrupting rail and road traffic.

Rains across the island city and the western suburbs picked up late Tuesday evening. There were intense spells across Mumbai for a few hours overnight, an official said.

The city and suburbs are likely to receive heavy showers on Wednesday also, he added.

The Santacruz observatory (in western suburbs) received 286.4 mm showers during the 24-hour period ending at 8.30 am on Wednesday, which is the fourth highest rainfall in the Maharashtra capital's history, another IMD official said.

The Colaba observatory (in south Mumbai) recorded 147.8 mm rainfall during the same period.

According to the IMD, rainfall recorded below 15 mm is considered light, between 15 and 64.5 mm is moderate and above 64.5 mm is heavy.

"Most of the rainfall in Mumbai was received after late Tuesday night," the official said.

The Bombay High Court on Wednesday suspended its hearings scheduled for the day, including all virtual hearings, in view of the heavy rainfall in the city and suburbs.

The bail pleas filed by actress Rhea Chakraborty and her brother Showik Chakraborty, both arrested in a drugs case related to the death of actor Sushant Singh Rajput, were to be heard on Wednesday by a single bench of Justice Sarang Kotwal through video-conferencing.

Besides, a division bench led by Justice S J Kathawalla was scheduled to hear actress Kangana Ranaut's plea against the Brihanmumbai Municipal Corporation over the demolition of a part of her bungalow in Pali Hill area here.

As per the communication issued by the high court registrar, these cases and other matters scheduled during the day will be taken up by the benches concerned on Thursday.

Five teams of the National Disaster Response Force (NDRF) are on standby in view of heavy rains that have lashed Mumbai, Thane and Palghar districts and caused water-logging in many areas, Maharashtra Relief and Rehabilitation Minister Vijay Wadettiwar said on Wednesday.

"Since last night, Mumbai, Thane and Palghar districts have been witnessing very heavy rains, due to which there is flood-like situation in many places. Five teams of NDRF are on stand by to assist local administration," the minister said.

He appealed to people to stay indoors in view of flooding in many areas in Mumbai and other places.