In the Lok Sabha polls, truth will win and hatred will be defeated, Rahul said 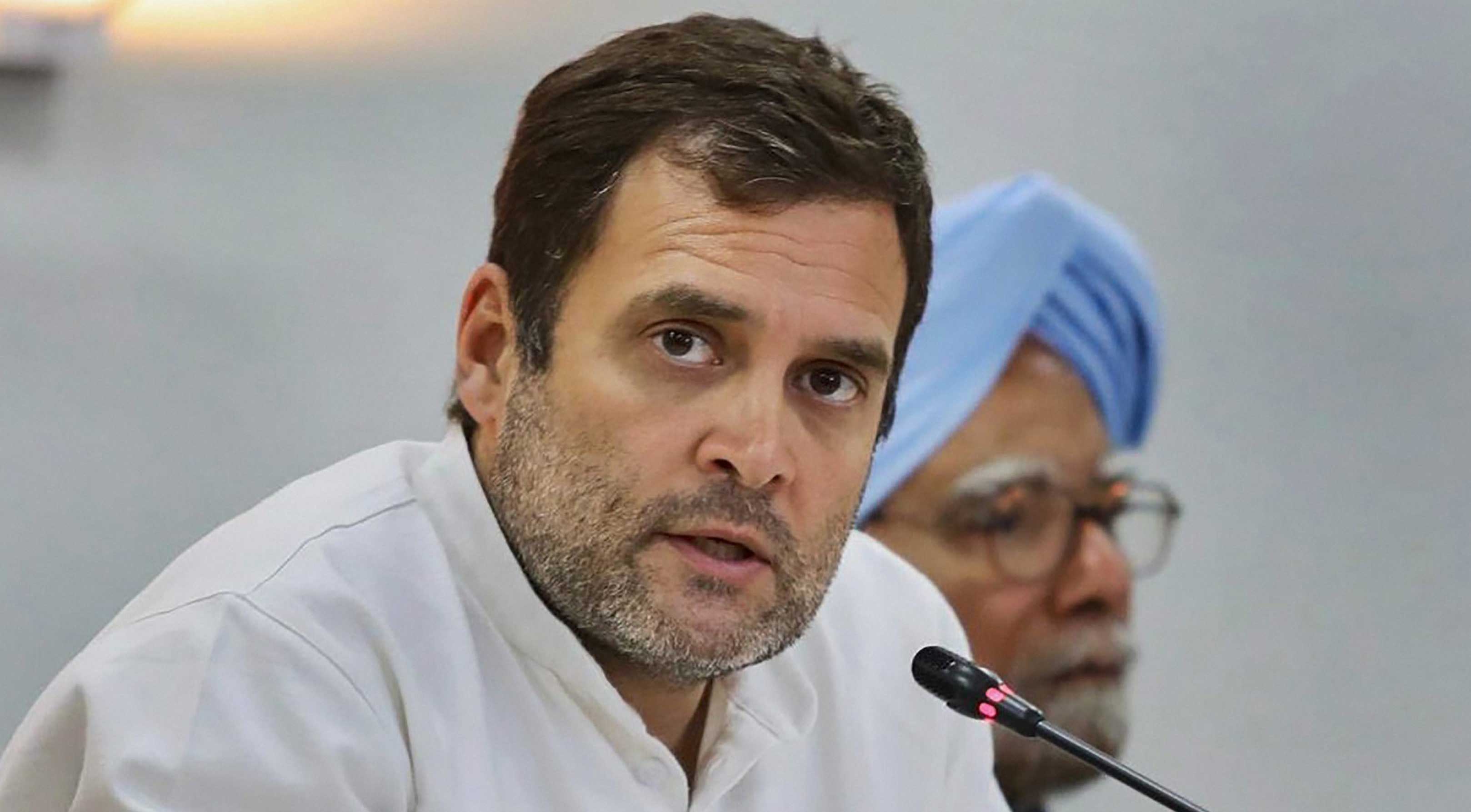 He was speaking at a rally in Adalaj village of Gandhinagar district, held after the Congress Working Committee meeting.

Rahul claimed that “Gabbar Singh Tax”, his oft-repeated jibe for the Goods and Services Tax, was beyond the understanding of traders.

”Gabbar Singh Tax (GST) can't be understood by our traders even today (after its was implemented nationwide last year),” he said.

He asked whether the people got Rs 15 lakh in their bank accounts as promised by Narendra Modi?

With reference to Pulwama and Balakot, he said that it was National Security Adviser Ajit Doval who set Jaish-e-Mohammad’s Masood Azhar free.

”Who sent Pulwama terror attack perpetrator Masood Azhar to Pakistan?” he asked the crowd, and went on to add, ”Masood Azhar was sent in a special aircraft and NSA Ajit Doval accompanied him,” Gandhi said.

The Congress leader, however, did not disclose whether he had any proof to substantiate his claim against Doval.

In the next month's Lok Sabha polls, truth will win and hatred will be defeated, Rahul said.