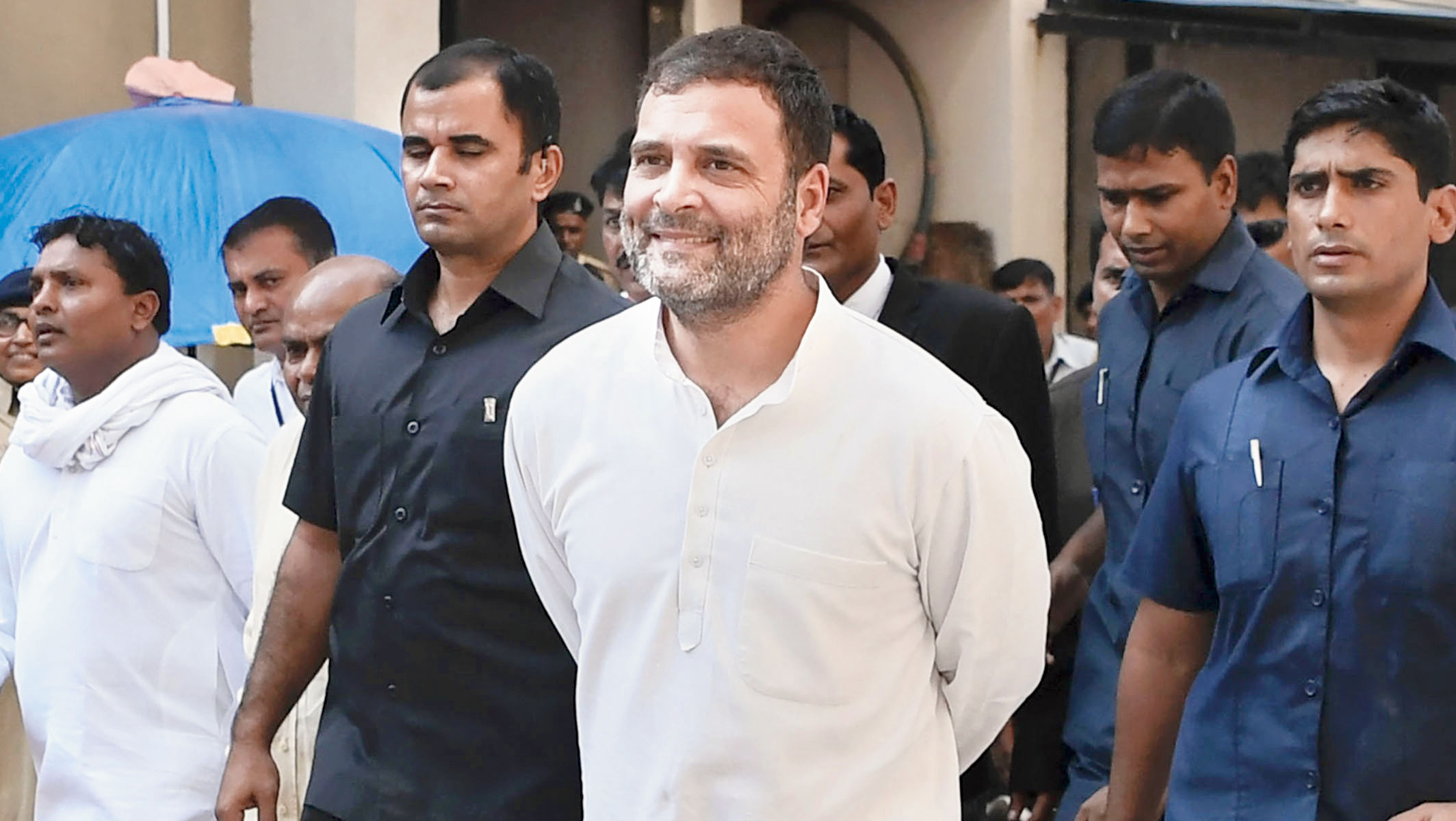 Rahul Gandhi appeared in a Surat court on Thursday and pleaded “not guilty” to defamation charges, declaring his intent to face trial over his question at a public rally why “all the thieves have Modi as a common surname”.

Rahul appeared before chief judicial magistrate B.H. Kapadia and pleaded not guilty when asked by the court whether he accepted the charges levelled by the BJP legislator from Surat West, Purnesh Modi.

Purnesh Modi has accused the Congress leader of defaming the entire Modi community.

After Rahul’s statement was recorded in the court, his lawyers moved an application seeking permanent exemption for him from personal appearance.

Ignoring objections to the plea, the court said Rahul need not be present at the next hearing, set for December 10.

Rahul, who had returned from a foreign trip on Wednesday night, had tweeted in the morning: “I am in Surat today to appear in a defamation case filed against me by my political opponents, desperate to silence me. I am grateful for the love & support of the Congress workers who have gathered here to express their solidarity with me.”

The Wayanad MP is expected to attend a court hearing in Ahmedabad on Friday in connection with another defamation suit, filed by Sangh and BJP workers, for his comments linking the Sangh to Mahatma Gandhi’s assassination. Another case on the same issue has been lodged in Bihar.

Rahul is scheduled to address election meetings in Maharashtra on October 13 and 15 and in Haryana on October 14. The Congress on Thursday formed a coordination committee to oversee election preparations in the two states amid complaints of apathy and mismanagement.