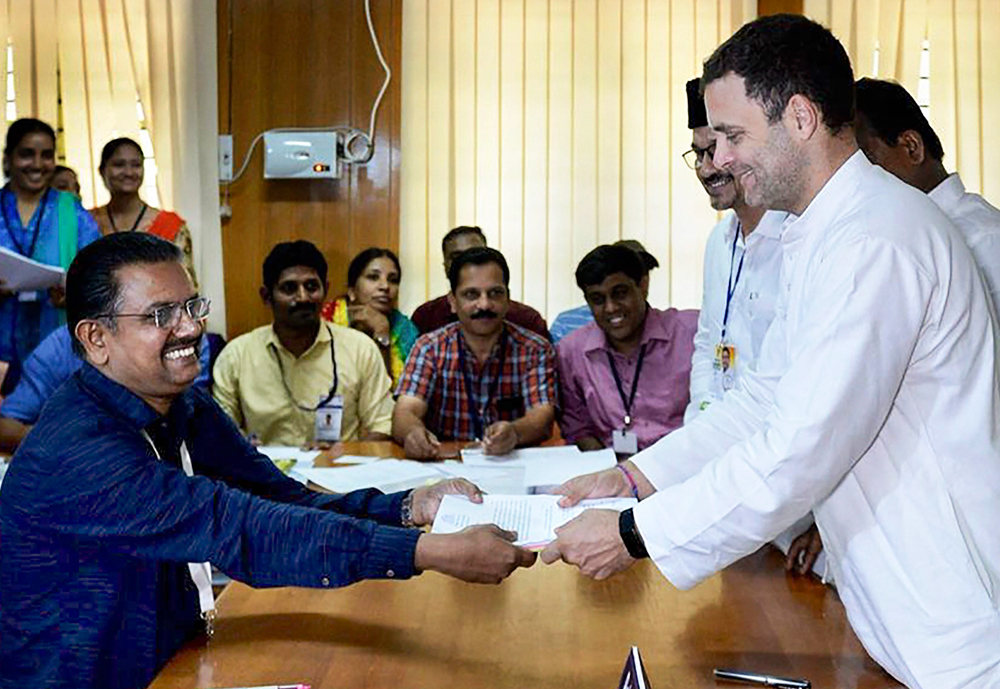 Rahul, accompanied by his sister Priyanka Gandhi and senior Congress leaders including K.C. Venugopal and Mukul Wasnik, submitted the papers before district collector A.R. Ajayakumar at the district headquarters here.

Heavy security was in place in and around the Collectorate ahead of his visit.

Rahul, Priyanka and other leaders, reached by a special helicopter that landed in a nearby school ground.

Rahul would also lead a roadshow after completing the nomination procedures.