Rahul Gandhi-Deve Gowda meeting: JDS scales down demand for seats to 10 in Karnataka

The Janata Dal (Secular) had earlier demanded 12 seats; an announcement is expected on March 10 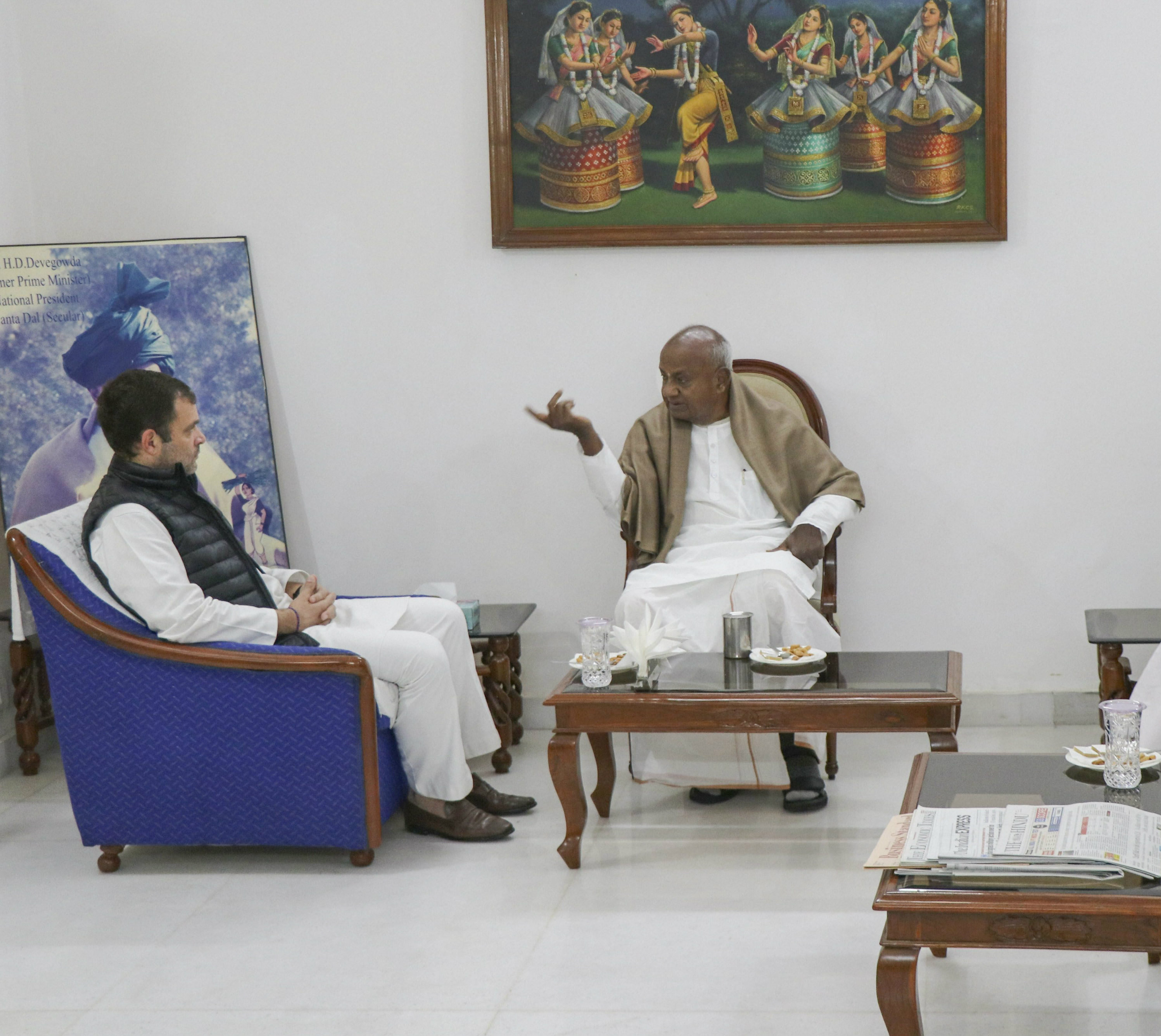 JDS chief H.D. Deve Gowda on Wednesday asked Congress president Rahul Gandhi to allot at least 10 out of the 28 Lok Sabha seats in Karnataka to his party.

The Janata Dal (Secular) had earlier demanded that it be given 12 seats to contest.

After Rahul met the former Prime Minister at the latter's residence, the JDS said the seat-sharing agreement is likely to be finalised shortly and will be announced by March 10.

At the two-hour meeting, Rahul and Deve Gowda broadly discussed seat sharing in Karnataka, the prevailing political situation in the country and the need for Opposition unity.

'Rahul Gandhi discussed seat-sharing in Karnataka. This is the first such discussion between the two parties... Earlier, I had asked for 12 seats. At the meeting, I requested Rahulji to give at least 10 seats to the JDS,' Gowda told reporters.

Asserting that the objective of the pre-poll alliance is to win the elections, Gowda said the Congress chief will take a final call on the seat-sharing arrangement after taking inputs from Ali and Venugopal.

The ruling coalition partners in Karnataka have held formal talks on seat-sharing at the state level.

Ali said: 'Some issues which were not discussed at the meeting have been left to me and Venugopal to decide and finalise.'

The Congress will contest two-thirds of the seats and the JDS will get the rest, he said. 'However, seat wise, we have to discuss and finalise. We are going to reach a decision shortly and will announce it by March 10,' Ali added.