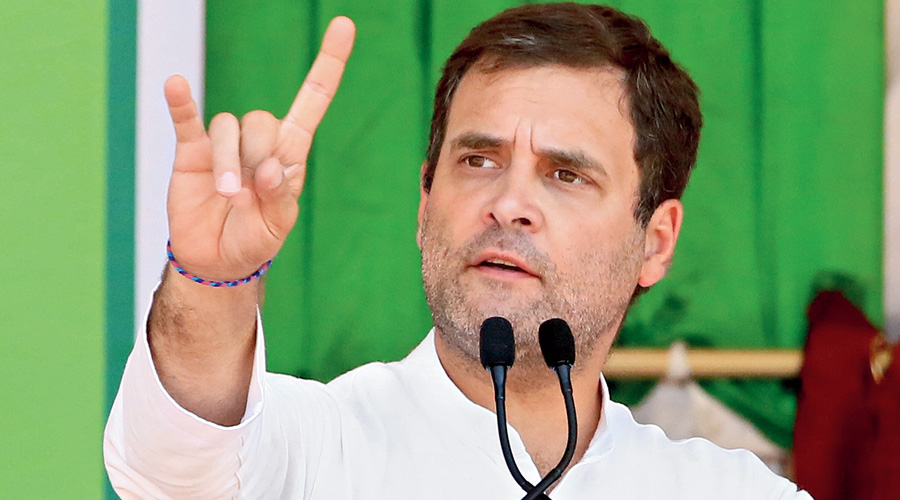 Congress leader Rahul Gandhi on Sunday said Prime Minister Narendra Modi should end the "shortage" of COVID-19 vaccines, which should be available to every citizen, and not make excuses to distract from this important issue.

He said this after the prime minister in his “Mann Ki Baat” monthly radio address talked about ending vaccine hesitancy.

“The only thing to do is to end the shortage of vaccines. The rest are all excuses for diverting attention,” Rahul Gandhi said in a tweet in Hindi using the hashtag ‘Mann ki Baat’.

“Just make the vaccine available to all fellow citizens. Then you can also say your ‘mann ki baat’,” he said in another tweet with hashtag ‘VaccinateIndia’.

Hitting back at the Congress leader, Madhya Pradesh Chief Minister Shivraj Singh Chouhan accused him of spreading "misconceptions, confusion and lies" about Covid-19 vaccines due to which many people were "putting their lives in danger" by refusing to take the doses.

"Shame on you Rahul Baba, it is prime minister Narendra Modi who is getting people vaccinated and not you.

"The prime minister is providing free vaccines to all the citizens of the country, and you are only spreading confusion.

"Due to your lies, many people refused to get vaccines," Chouhan said on Twitter.

Urging people to shed their reservations about vaccines against coronavirus, Modi spoke to residents of Dulariya village in MP's Betul district, and the chat was aired on 'Mann Ki Baat' broadcast on Sunday.

"Prime Minister Narendra Modi ji today spoke to the villagers in Dulariya village of Betul district who were not getting vaccinated due to confusion. Explained it to them in simple words and the villagers started taking the vaccine," Chouhan said.

While the PM had removed the clouds of confusion about vaccination, the chief minister said Gandhi was "putting people's lives in danger by lying and spreading misconceptions".

"So much politics in vaccine supply to states to make non-BJP ruled states look bad. Typical of this PM. Says one thing and does exactly the opposite," he said on Twitter.

So much politics in vaccine supply to states to make non-BJP ruled states look bad. Typical of this PM. Says one thing and does exactly the opposite. https://t.co/InVd8u8UHv

He tagged a tweet of Chief Minister Ashok Gehlot that claimed that Rajasthan has been leading among the states in vaccination.

"So far over 2.36 crore people have been vaccinated in the state. The state has developed the capacity to vaccinate up to 15 lakh people per day, but on an average, we are getting 3 to 4 lakh vaccine doses per day," Gehlot said on Twitter.

"I request the prime minister that an adequate number of vaccines should be provided to Rajasthan for all those, whose second dose has been due so that we can prevent the possible third wave of Corona," he also said.