Race to save ‘far from help’ injured sailor 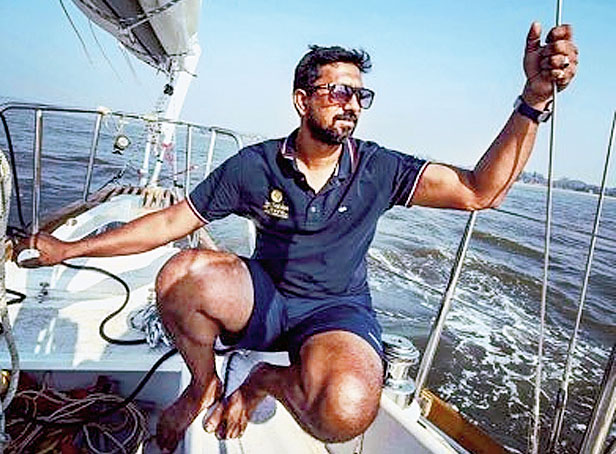 The organisers of the round-the-world Golden Globe Race and the Indian Navy said on Saturday they were working hard to rescue stranded and incapacitated Indian sailor Abhilash Tomy whose yacht had been caught in a vicious storm, but admitted he was “as far from help as you can possibly be”.

The mast of Tomy’s yacht, Thuriya, broke off when it encountered the storm on Friday and the yachtsman suffered what he called “a severe back injury”.

The organisers described him as “incapacitated on his bunk inside his boat” and his yacht was 3,704km off the coast of Perth, Western Australia.

On Saturday, he managed to send a message saying: “Extremely difficult to walk, might need stretcher, can’t walk, thanks safe inside the boat.… Sat phone down.”

The organisers said on the race website: “The Australian Joint Rescue Co-ordination Centre is working hard to assess and coordinate all possible options to rescue Abhilash Tomy who is as far from help as you can possibly be.”

Tomy, a 39-year-old commander in the Indian Navy, is able to communicate using a YB3 texting unit, but his primary satellite phone is damaged. He has a second satellite phone and a handheld VHF radio packed in an emergency bag, but organisers said he was unable to reach it for the moment.

The organisers said they had urged Tomy to try to get to the bag because it could be crucial in making contact with a plane from Australia and an Indian Air Force aircraft that might be able to fly over the area.

Given the distance from land, the planes will not be able to remain in the area for long, the organisers added.

A French fishing boat is also heading to the scene, “but may not arrive for a few days”.

The Indian Navy said on Saturday that all efforts were being made to rescue Tomy.

“All-out efforts are being made to rescue Abhilash Tomy. Indian Naval stealth frigate INS Satpura, operating in the Indian Ocean, has been dispatched for the rescue mission,” a defence spokesperson said here.

The Golden Globe Race involves a gruelling 30,000-mile solo circumnavigation of the globe in yachts similar to those used in the first race 50 years ago, with no modern technology allowed except communication equipment.

Tomy’s yacht is a replica of Robin Knox-Johnston’s Suhail, winner of the first Golden Globe Race.

Tomy was dismasted in extremely rough weather and sea condition, with wind speeds of 130kmph and 10m-high waves. He was in the 3rd place and had sailed over 10,500 nautical miles in the past 84 days since the commencement of the race on July 1.

According to a report issued from the seaside town of Les Sables d’Olonne in France on Friday night, 70-knot winds and 14m-high sea waves have left the yachts of Tomy and Ireland’s Gregor McGuckin dismasted, and have twice knocked down the yacht of second-placed Dutchman Mark Slats.

Both McGuckin and Slats have reported that they are okay.