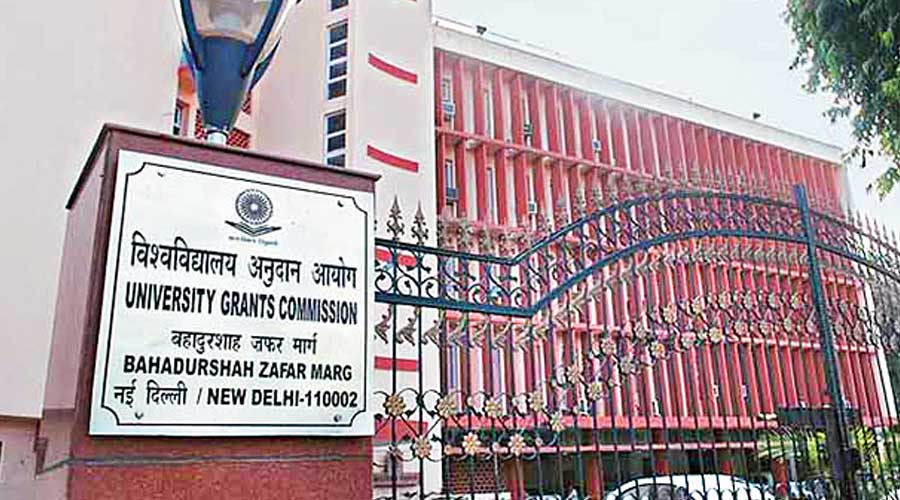 Based on a petition filed with the NCBC by Hyderabad-based lawyer Ramesh Babu Viswanathula, who highlighted violation of the OBC quota policy by NLUs, the UGC held that the reservation flowed from the Constitution and had to be followed by all institutions.
File picture
Basant Kumar Mohanty   |   New Delhi   |   Published 30.10.22, 01:16 AM

The University Grants Commission has asked the national law universities to provide details of the implementation of the reservation policy against the backdrop of “arbitrary” denial of quota benefits to socially and economically underprivileged students.

“It has come to the notice of the Commission through various communications/ representations/ complaints and letters received from Ministry of Education in the UGC office that NLUs are arbitrarily violating the reservation policy of the government of India in admission at all levels of the university,” G.S. Chauhan, a joint secretary in the UGC, last month wrote to the vice-chancellors of the 23 NLUs.

The UGC sought admission data from 2020-21 and 2021-22 to show compliance with the reservation policy for Scheduled Castes, Scheduled Tribes, Other Backward Classes and Economically Weaker Sections.

In 2020, the National Commission for Backward Classes (NCBC) has directed the NLUs to follow the reservation policy in the admission of students.

Based on a petition filed with the NCBC by Hyderabad-based lawyer Ramesh Babu Viswanathula, who highlighted violation of the OBC quota policy by NLUs, the UGC held that the reservation flowed from the Constitution and had to be followed by all institutions.

These law universities, set up by various states, have divided their seats into “all-India” and “domicile” categories and admit students on the basis of performance in the Common Law Admission Test (CLAT). The “domicile” category in most states account for 30 per cent of the seats and follows the reservation policy of the respective states. However, there is no uniformity in the application of the reservation in case of the “all-India” seats.

Several NLUs cite a perceived ambiguity in rules on whether to follow central or state laws on quotas to deny reservation in the all-India category. NLUs are state-funded autonomous institutions.

The UGC has been asking these institutions to follow the national reservation policy of 27 per cent for OBCs, 15 per cent for SCs and 7.5 per cent for STs in the all-India pool seats, but compliance has allegedly been erratic.

“The NLUs are public institutions. They cannot avoid reservation in their all-India pool seats on the argument that they are autonomous state-funded institutions,” Karunanidhy said.

Viswanathula has demanded that the states suitably amend their laws on the law universities to provide for reservation in both domicile and all-India pool seats.