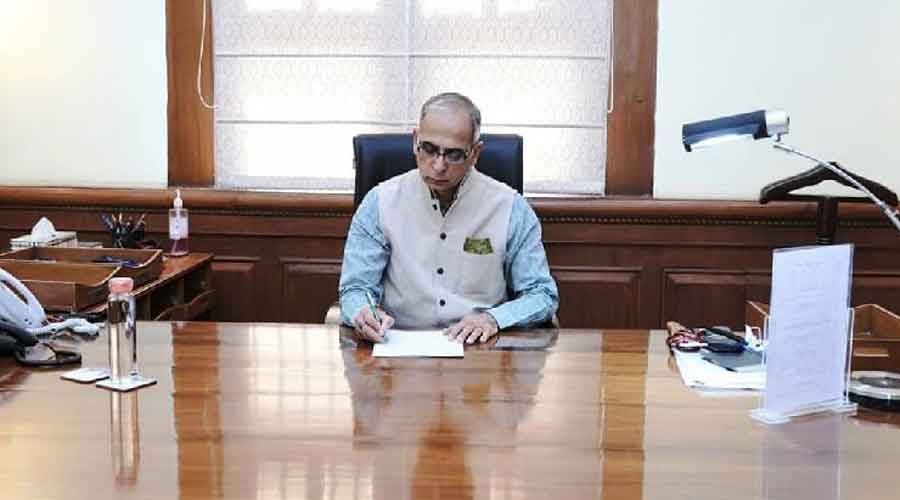 The US, Japan, Australia and India on Tuesday asserted that the Quad — billed by China as the “Asian Nato” — is a force for good, committed to bringing tangible benefits to the Indo-Pacific where the four countries have now pledged $50 billion as infrastructure assistance over the next five years.

The commitment was made at the fourth Quad leaders’ summit in Tokyo, which was attended by US President Joe Biden, Japanese Prime Minister Fumio Kishida, Australian Premier Anthony Albanese and Indian Prime Minister Narendra Modi.

Elaborating on the infrastructure commitment later, foreign secretary Vinay Mohan Kawatra told a news conference that the four countries were committed to working closely with the partners and the region to drive public and private investments to bridge gaps.

Kawatra did not go into the specifics of the quantum of India’s contribution to this assistance and sidestepped a question on whether this was aimed as a counter to China’s Belt and Road Initiative.

To repeated questions on whether the commitments made at the meeting were directed against China, Kawatra said that naturally leaders discussed challenges and opportunities in the region but did not name any country.

“Discussions during the Quad were based on a very constructive and a forward-leaning cooperative agenda between the Quad countries and also between Quad and other countries of the Indo-Pacific.”

He underscored that the aim is to promote infrastructure delivery and bridge gaps in the sector in the region but in a manner that does not burden the countries in the Indo-Pacific with unsustainable debt and unsustainable projects — a clear indication that the initiative is aimed at weaning these countries away from China’s sphere of influence.

China has long been accused by the West of lending to lower- and middle-income countries and forcing them to cede control of key infrastructure projects if they cannot repay.

The IPMDA will support and work in consultation with Indo-Pacific nations and regional information fusion centres in the Indian Ocean, Southeast Asia and the Pacific Islands by providing technology and training to support enhanced, shared maritime domain awareness to promote stability and prosperity in the seas and oceans of the region.

As for Modi’s bilateral with Biden, the differences over Ukraine were evident as the Indian readout was silent on it while the US statement on the meeting said: “President Biden condemned Russia’s unjustifiable war against Ukraine. The leaders’ committed to continue providing humanitarian assistance, and discussed how to cooperate to manage disruptions caused by the war in Ukraine, in particular the rise in energy and food prices, to protect their respective citizens and the world.”

According to the White House, the US and India committed to expanding cooperation in new defence domains, including through space and cyber, and launching a dialogue on Artificial Intelligence this year.

The external affairs ministry said defence and security cooperation was a crucial pillar of the bilateral agenda and Modi invited the US industry to partner with India to manufacture in India under the Make in India and Aatmanirbhar Bharat, trying to leverage Washington’s interest in weaning New Delhi away from reliance on Russia for defence equipment.