Michelle Bachelet is making a landmark trip to the region, where Beijing is alleged to have repressed Muslim minorities 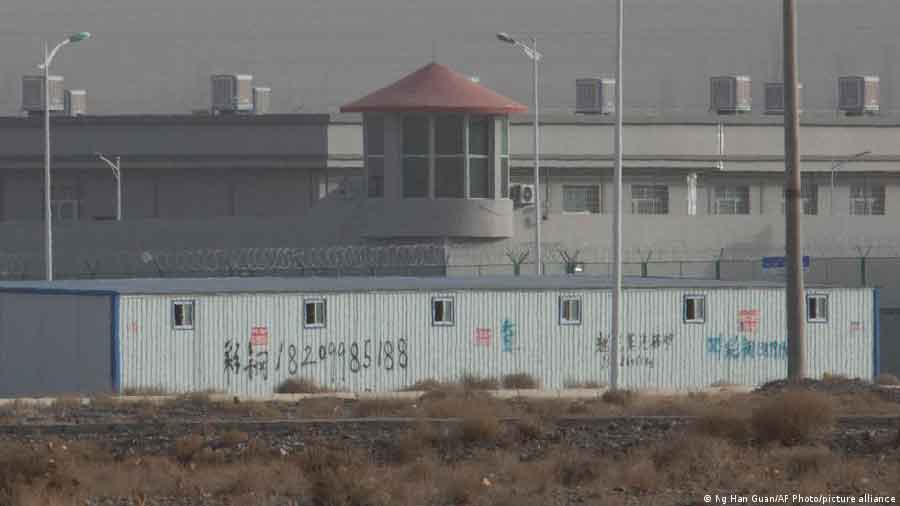 Michelle Bachelet is making a landmark trip to the region, where Beijing is alleged to have repressed Muslim minorities. China said it's hoping the visit can "clarify misinformation."

The United Nations High Commissioner for Human Rights Michelle Bachelet was set to arrive at the Xinjiang region in northwest China on Tuesday.

Beijing has been accused of unlawful treatment and forced labor of Uyghurs and other Muslim minorities in Xinjiang. Washington labels the alleged yearslong security crackdown as "genocide."

China has repeatedly denied any mistreatment of Uyghurs.

The UN rights chief is in China for a six-day trip. She is the first holder of the office to embark on such a visit since 2005.

She is expected to visit Xinjiang's cities of Urumqi and Kashgar, staying in Xinjiang until Wednesday.

Bachelet must stick to a 'bubble'

Spontaneous in-person meetings that have not been pre-arranged by China are not on the official agenda.

Chinese Foreign Ministry spokesman Wang Wenbin said Bachelet's visit would remain in a "close loop," referring to the isolation of people within a "bubble" of social interactions to curb the spread of COVID-19. Thus, Bachelet is set to only attend meetings within the "bubble" organized by Beijing.

Uyghur groups had called on Bachelet to ensure that her team had free movement, access to detention centers and unsupervised contact with Uyghurs.

"We are concerned the trip might do more harm than good. China could use it for propaganda purposes," Zumretay Arkin, a spokesperson for the World Uyghur Congress group, was quoted as saying by the Reuters news agency.

Chinese Foreign Minister Wang Yi told Bachelet he hoped her trip would help "clarify misinformation," according to a ministry readout.

"To advance the international cause of human rights, we must first... refrain from politicizing human rights," he said.

Wang also told the UN rights chief that China "made safeguarding the ethnic minorities' rights an important part of its work, and protecting people's safety its long-term goal," according to the statement.

While Beijing initially denied that such camps existed, it later said they were "vocational training centers" that people could attend "voluntarily" for education and to prevent religious radicalism.

In 2019, Xinjiang's governor said all trainees had "graduated."