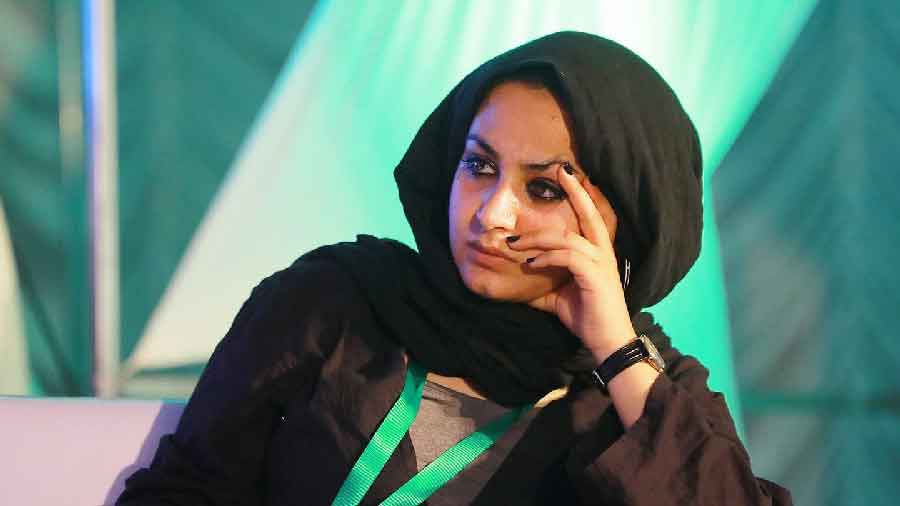 Pulitzer-winning Kashmiri photojournalist Sanna Irshad Mattoo has complained that immigration authorities in Delhi on Saturday prevented her from flying to Paris to receive a prestigious grant but did not tell her the reason.

Sanna, 26, had become anathema to the Right wing since she was awarded the Pulitzer on April 9 for her coverage of the second wave of Covid in India, portrayals of whose unchecked devastation had embarrassed the Narendra Modi government internationally.

“I was scheduled to travel from Delhi to Paris today for a book launch and photography exhibition as one of 10 award winners of the Serendipity Arles grant 2020. Despite procuring a French visa, I was stopped at the immigration desk at Delhi airport,” Sanna, who works for Reuters, tweeted.

“I was not given any reason but told I would not be able to travel internationally.”

I was scheduled to travel from Delhi to Paris today for a book launch and photography exhibition as one of 10 award winners of the Serendipity Arles grant 2020. Despite procuring a French visa, I was stopped at the immigration desk at Delhi airport. (1/2) pic.twitter.com/OoEdBBWNw6

The action against Sanna comes days after leaders of the G7 and its five partner countries, including India, reiterated their resolve to protect “freedom of expression” and ensure “a free and independent media landscape”.

The Committee to Protect Journalists, a global media watchdog, has asked the Indian government to allow Sanna to travel freely.

“The Indian government must immediately end its practice of barring Kashmiri journalists from foreign travel,” the CPJ’s Asia arm tweeted.

The action against Sanna is being seen here as further evidence of government agencies’ unwillingness to relax their crackdown on Kashmiri journalists, who have been targeted relentlessly since the 2019 scrapping of Jammu and Kashmir’s special status.

The Serendipity Arts Foundation and the Les Rencontres d’Arles of France, which together confer the Serendipity Arles Grant, have credited Sanna with “groundbreaking news to in-depth storytelling” and depicting the “tightrope tension between the seeming ordinariness of life and the stark symbols of a menacing militarised milieu of Kashmir”.

Sanna was awarded the Pulitzer in the category of “feature photography”, and shared the prize with Adnan Abidi, Amit Dave and the late Danish Siddiqui.

She has since been targeted by the Right-wing ecosystem in the country, which alleges she has an anti-India bias.

A Right-wing news portal recently accused her of portraying the “Indian security forces as oppressive” and “antagonistic to the locals in the Kashmiri Valley”.

Sanna is the first Kashmiri woman to win the Pulitzer. Earlier, male photojournalists Mukhtar Khan and Dar Yasin from Kashmir and Channi Anand from Jammu had won journalism’s most prestigious award in 2020 for depicting “striking images of life” in Kashmir during the 2019 government clampdown.

There were no restrictions on their travel to the US when they received the award last week, the prize ceremony having been delayed by the pandemic.

Sanna, who has a master’s in convergent journalism from the Central University of Kashmir, has also won a fellowship from the prestigious Magnum Foundation.

Such global awards and acknowledgements for Jammu and Kashmir journalists have been an embarrassment for the administration, which is accused of using “jackboot tactics” to prevent the country and the world learning of what is happening in the Valley.

Sanna’s family has suffered during the Valley turmoil. Her 17-year-old cousin Tufail Mattoo died in alleged police action in 2010 while returning from tuition. His death led to a months-long summer uprising that left around 100 people dead and thousands injured.

Dozens of Kashmiri journalists have been at the receiving end of the continuing government crackdown. Several journalists and academics had earlier been stopped from travelling abroad.

In January, the government declared the elected body of office-bearers at the Kashmir Press Club, the biggest association of Valley journalists, as illegal and took over its premises in Srinagar.

The Press Council of India later revealed that 49 journalists had been arrested in the Valley since 2016, and accused the government of “slowly choking the media in the Valley due to extensive curbs”.

In April, however, the Centre told Parliament that no journalist had been harassed in Kashmir in years.