Protests at UP Bhavan, Jama Masjid, many detained 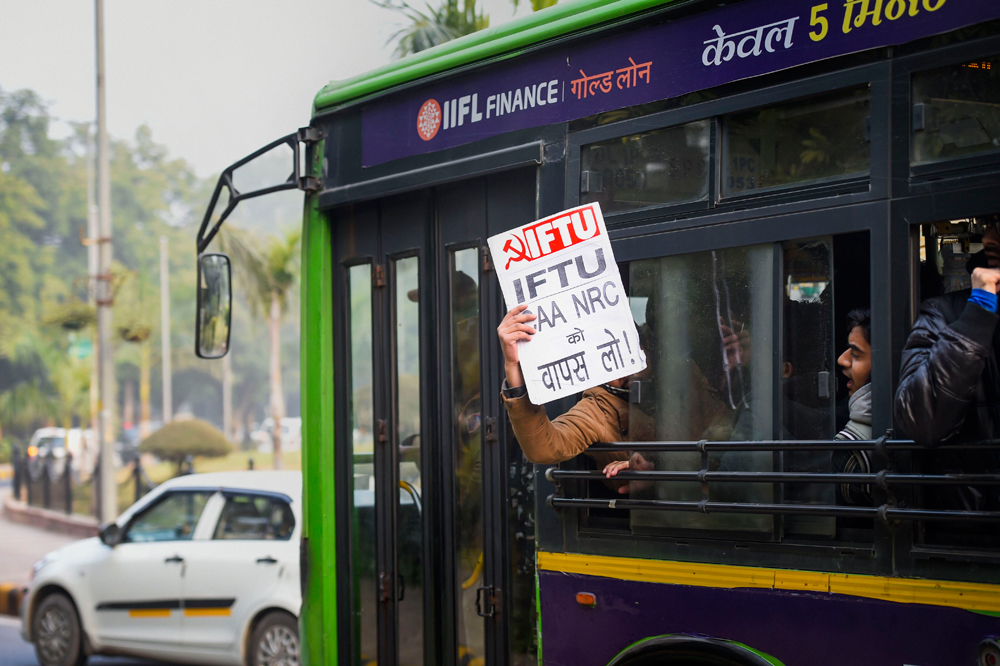 Protesters, who had come to UP Bhavan here to demonstrate against the FIRs filed by UP police against Aligarh Muslim University, were detained on Friday by Delhi police.

Ahead of the protest, the UP Bhavan was corralled under heavy police deployment. Roads approaching the building located in the posh diplomatic area were barricaded at several points

Few protesters who managed to reach the building were forcefully detained in police vans. Despite protesters demanding a reason for their detention, police didn't give any.

A protest was also staged at Jama Masjid during the day. Exactly a week back, the site of protests at nearby Delhi Gate had turned violent after few protesters resorted to pelting stones at the police standing behind the barricades. To contain them, the police had trained water cannons at them followed by a lathicharge in which several protesters were badly injured.

Flag marches were conducted in some areas of the northeast district in the national capital and heavy police force was deployed in parts of the city ahead of Friday prayers and protests calls by some organisations against the amended citizenship act, police said.

Adequate police forces from adjoining districts and 15 companies of paramilitary forces were deployed in the northeast district to maintain law and order. Delhi police is also using drones to keep a vigil on the situation, they said.

Heavy police deployment was also witnessed in Jamia Nagar, Jama Masjid and Chanakyapuri areas, the police said. “We have been conducting flag marches in the northeast district along with the members of Aman Committee to ensure that law and order remains in control in the area. We have also been appealing to the people to help police maintain peace,” deputy commissioner of police (northeast) Ved Prakash Surya said.

On Thursday, as many as 213 people were detained from outside UP Bhavan for protesting against the alleged police atrocities in the state during protests against the act, police added.

The protests were staged without police permission following which those detained were taken to Mandir Marg police station and Connaught Place police station.

Another group has also called for a protest march from Dargarh Shahe Mardan, near Jor Bagh to Prime Minister's house for “unconditional release” of Bhim Army chief Chandrashekar Azad and withdrawal of the amended citizenship act, National Register of Citizens and National Population Registry.