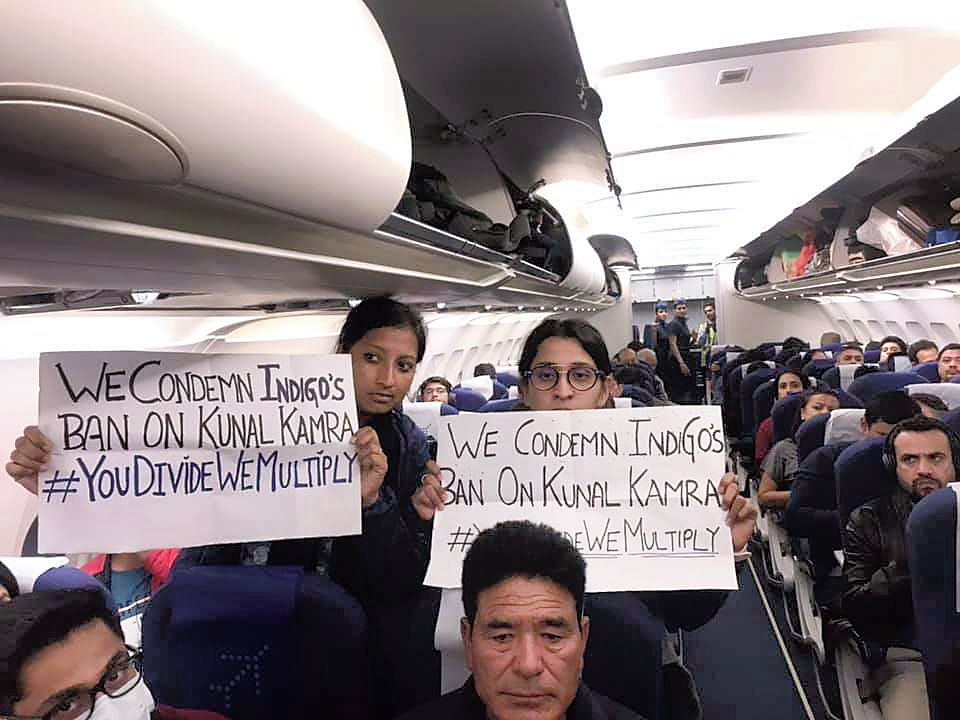 Activist Priya Pillai and three others held up placards in a Varanasi-Delhi IndiGo flight on Thursday to condemn the ban on comedian Kunal Kamra for confronting TV anchor Arnab Goswami.

While the evening flight was still on the Varanasi tarmac, Pillai, Medha Kapoor, Debayan Gupta and another person stood up with the placards. Their friend Munna Jha took the pictures.

After they stood for a while, IndiGo’s security ground staff went in and asked them to take their seats, which they did. IndiGo sources described the protest as “peaceful”.

Pillai later said some passengers were supportive while some felt it was against guidelines.