Modi said Pakistan was born on the basis of religion 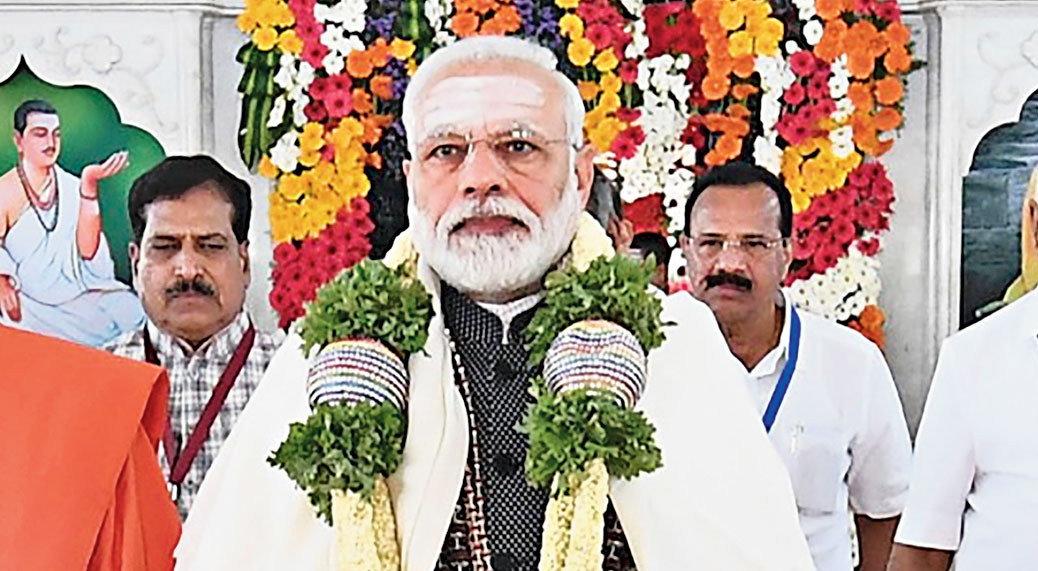 Prime Minister Narendra Modi on Thursday urged the Congress and its allies to “go and shout slogans” over the atrocities on religious minorities in Pakistan as he lashed out at the widening protests against the controversial citizenship law.

“You should have the guts to raise your voice against Pakistan,” Modi said in Tumkur, around 70km from Bangalore.

Modi was addressing a public meeting at the Siddaganga Mutt, his audience made up largely of students and teachers from the Lingayat mutt.

Modi spent most of his address speaking about the mutt and Shivakumara Swami, a saint revered by the community that has for long been the base for the BJP in Karnataka.

Modi tore into his party’s rivals as he dubbed the countrywide agitation against the Citizenship (Amendment) Act as one against Parliament since both Houses had cleared the legislation.

“The Congress leaders, their allies, and the ecosystem they made, are standing up against the Indian Parliament. The kind of hatred they have on us, they seemingly have on Parliament also,” he said.

“These people are agitating against Dalits, the oppressed and the persecuted who have come from Pakistan.”

“Thousands of such people had to leave their homes and take refuge in India. They were forced to come to India. It is our duty to help the refugees who came from Pakistan.”

“It is our duty to ensure that those who have come from Pakistan, mostly my Dalit, oppressed and harassed brothers and sisters, must not be left to fend for themselves,” he said.

The Prime Minister then went on to say that Pakistan would be exposed globally. “I want to tell those who are agitating against the Indian Parliament, Pakistan will be exposed at the international level,” he said.

A large number of farmers were detained in Bangalore, Tumkur and Shimoga for staging demonstrations against Modi over the non-implementation of the Swaminathan report.

Police sources said several farmers were detained in central parts of Bangalore and Tumkur to make sure the visit was not marred by any protests.

The Swaminathan commission, set up in 2004, had come up with a list of suggestions to address the nationwide calamity of farmer suicides in India and farmers have been demanding that the recommendations be implemented.