Procession taken out in Bhadohi in support of Nupur Sharma despite Sec 144, case filed 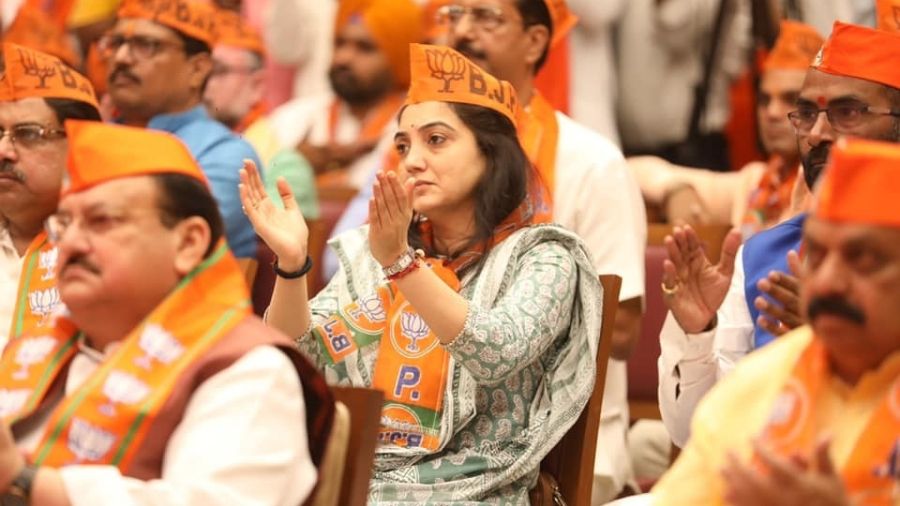 A case was registered at the Gopiganj police station after a procession, in support of suspended BJP spokesperson Nupur Sharma, was taken out on Saturday evening despite prohibitory orders being in place, an official said.

Those who took part in the procession told reporters that the entire Hindu society was supporting Nupur Sharma and the BJP needed to respect her.

Protests erupted in several parts of India on Friday against the controversial remarks on Prophet Mohammad, leaving two persons dead and a few policemen injured in stone-pelting while security forces had to resort to lathi-charge, tear gas shelling and firing in the air at some places.

Superintendent of Police Anil Kumar said CrPC Section 144 is already in force in Bhadohi district and there has been a ban on any kind of procession and demonstration.

No permission was taken for this procession, he said, adding a case has been registered in this regard at the Gopiganj police station and strict action will be taken based on a video of the procession.

So far 25 locals have been identified through the video, the SP said.