Advertisement
Home / India / Probe not to deter us: Congress

Probe not to deter us: Congress 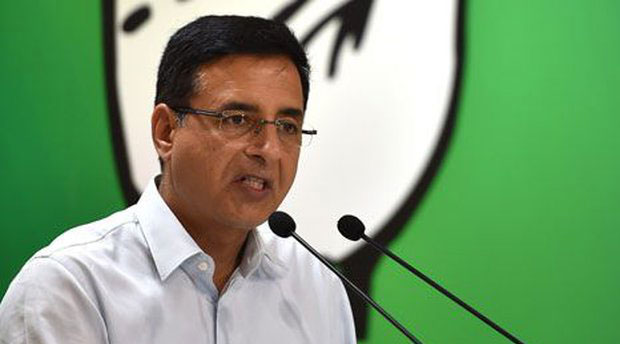 The Congress on Wednesday declared that any attempt to intimidate the party would be futile and that it would continue to ask questions for the sake of truth and national interest.

The sharp retort came in response to the Union home ministry’s decision to set up an inter-ministerial committee to coordinate investigations into the Rajiv Gandhi Foundation, Rajiv Gandhi Charitable Trust and the Indira Gandhi Memorial Trust. The Congress is viewing this as a ploy to silence its leadership and has decided to aggressively counter such coercive steps instead of bowing to the pressure.

Rahul Gandhi himself decided the Congress’s combative course by tweeting: “Mr Modi believes the world is like him. He thinks everyone has a price or can be intimidated. He will never understand that those who fight for the truth have no price and cannot be intimidated.”

Party’s communications chief Randeep Surjewala issued a statement saying: “The Congress and its leadership will not be intimidated by the cowardly acts and blind witch-hunt by a panicked Modi government. The wild and insidious hatred of the BJP of the Congress leadership unfolds every day in an embarrassing and uglier fashion.

“Facing a barrage of questions on compromise of India’s security interests and territorial integrity, mishandling of the Covid-19 crisis and economic recession, a desperate Modi-Shah government has fallen back on a devious hounding of those exposing its ineptitude by ordering a wholly vicious and vengeful investigation of the Rajiv Gandhi Charitable Trust and the Indira Gandhi Memorial Trust.”

Pointing to the distinguished humanitarian work done by these charitable organisations, Surjewala asked: “Will the Modi government hold an enquiry into the donations worth hundreds of crores received from Chinese entities to the PM CARES Fund?”

The Congress spokesperson added: “Our determination to hold the government accountable to the people of India and to speak for the deprived, the underprivileged and the downtrodden will only get strengthened by these desperate actions of a government too petrified to answer its own people.”

“Similarly which is the place from which Indian troops disengaged? Did any troops — Chinese or Indian — move from one side of the LAC to the other? Answers to these questions are necessary because the Indian people are on a Treasure Hunt to find out what happened on June 15 and where.”