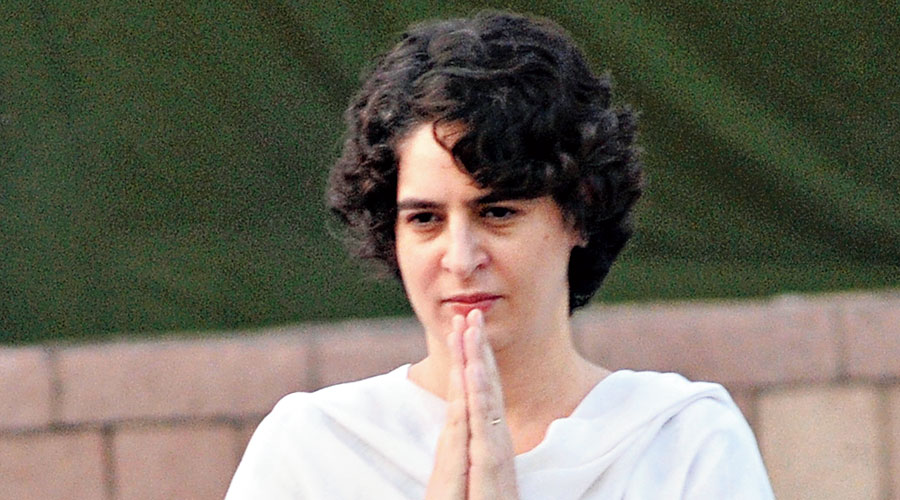 Congress leader Priyanka Gandhi Vadra on Wednesday condemned the "repression" of candidates for Non-Technical Popular Categories (RRB NTPC) and the Level 2 exams and urged the government to find a solution to their problems through dialogue.

She also appealed to protesting job aspirants to keep walking on the path of 'satyagraha' in a peaceful manner, saying there is a lot of power in it.

"No amount of condemnation is enough for the repression of the youth associated with Railway NTPC and Group D examinations," the Congress general secretary said in a tweet in Hindi.

"The government should immediately talk to the youth associated with both the examinations and solve their problems," she said.

The Congress leader added that the government should put a stop to the action of entering the hostels of students for carrying out searches and damaging property.

The arrested students should be released, she demanded, adding that the order barring aspirants from recruitment for protesting should be withdrawn.

The national transporter on Tuesday said that railway job aspirants found involved in vandalism and unlawful activities while protesting will be barred from ever getting recruited in the railways.

Candidates went on a rampage in a couple of states over the alleged irregularities in a recruitment exam by the Railways.

A train was set on fire and demonstrations were staged at a couple of stations on Wednesday, marking the third day of unrest in Bihar over the issue.

Earlier in the day, the railways suspended the Non-Technical Popular Categories (RRB NTPC) and the Level 2 exams after reports of vandalism by job aspirants from different parts of the country came to light.

It has also formed a high-level committee to examine the grievances of those who have passed the exams under different railway recruitment boards and those who have failed.

The protesting candidates are opposing the Railways' decision to hold the exam in two stages, claiming the second stage for final selection is tantamount to "cheating" those who appeared and cleared the first stage of the RRB-NTPC for the computer-based test which was released on January 15.