Price of writing ‘against Modi’ 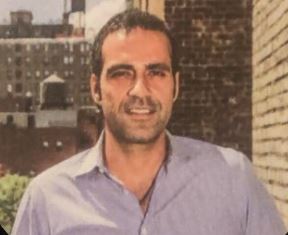 A host of writers and academics on Friday criticised the Centre for withdrawing the Overseas Citizen of India (OCI) status of author and journalist Aatish Taseer.

Taseer, the son of Indian journalist Tavleen Singh and slain Pakistani politician Salman Taseer, has become ineligible for an OCI card as it is not issued to a person whose parents or grandparents are Pakistanis and he hid this fact, a Union home ministry spokesperson said on Thursday.

While author Arundhati Roy termed the move “outrageous and dangerous”, poet Jeet Thayil called it “a vindictive and unfortunate tactic”. MP and author Shashi Tharoor took a dig at the government, asking if it was “so weak that it feels threatened by a journalist”.

Author Amitav Ghosh retweeted a post by Ashok Swain, a professor of international studies at Sweden’s Uppasal University, that said: “You write against Modi, you cease to be an Indian!”

In a new article in Time on Thursday night, Taseer wrote that he had planned to visit India a few days after being “blacklisted”. “I was due to fly to India from Greece a few days later to finish filming a documentary, but a lawyer advised me that I could be exposing myself to detention if I were to do so. As a journalist I have been in many fearful places in my life — from interrogations in Iran to questioning by the mukhabarat (intelligence agency) in Assad’s Syria — but this was the first time I had thought of India in that way. Instead, I left Greece and headed back to the US.”

Writer and mythologist Devdutt Pattanaik tweeted: “I hope all Bharat Mata Tyagis who gave up Indian passport for $$$$ have documents to prove their fathers were Indians... nahi to OCI chala jayega.”

Non-fiction writer Ankur Bhardwaj referred to Saudi Arabian author-journalist Jamal Khashoggi, who was assassinated at the Saudi consulate in Istanbul. “A govt was so unhappy about a journalist/writer’s criticism in international press that it took unbelievably strong action to quell it and send a message to others. I was talking about Jamal Khashoggi. What were you thinking?” Bhardwaj tweeted.

Journalist-writer Manu Joseph tweeted: “This is very silly of chowkidars most of whom will actually enjoy Aatish Taseer’s ‘The Twice-Born’, particularly the part where he suggests even the poor may have started searching for their Hindu identity.”